Losing a Loved One 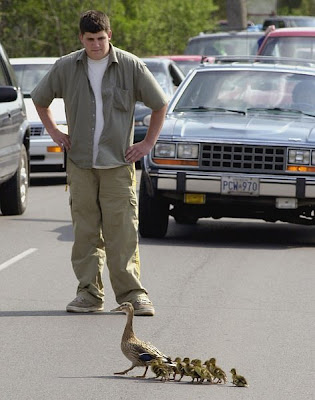 Last week a friend rang me, deeply unhappy. One of her dogs, who'd had a very bad cough for months, had a tumour and had to be put down. This friend of mine is one of those generous people who will always look after nature's lost causes (I count humans in amongst those). If anytime you need something to do something, she will do it. And she'd never think of asking for money, when she could do with it. She is generous to a fault, always puts herself last, and at times rails against injustice in the world – against herself or her loved ones.

For those of you who don't have pets, they do take up a huge amount of our hearts. When something happens to them,it is utterly agonising. Not the same as losing a child, but not far off.

I asked this friend whether she was going to get another dog (she has a chocolate lab, so at least she's not entirely bereft of canine company).
“No,” she cried. “I couldn't bear to lose another one. It's far too painful. I never want to go through this again.”

This reminded me of a friend who lost her cat about a year ago and when I asked if she'd like a rescue cat as a present, she was vehement. “NO, Flowerpot,” she said. “I'm not having another cat. Ever. I can't bear it.”

She came round last night and we were talking about the rescue centre at Hayle, how if it hadn't been for Bussie, we might well have brought another dog back. “But Bussie would have packed his bags and left,” said Himself.

“Oh,” said Lyn and her face lit up. “He can come and live with me. I'd unseal the catflap for Bussie.”

I was telling this to an 80 year old friend who has had countless Old English Sheepdogs.

“Oh yes,” said Betty and laughed. “We all say that. And after a while, we go and get another one.”

Losing a loved one is never easy, whoever they are. I still have wonderful memories of my first cat, Minnie, an adorable tortoiseshell brought up by a labrador on a goat farm (her feline instincts were a little confused though she was a great mouser).

My last cat, Cyd, lived until the age of 18 and at the age of 16 took on a toyboy. I'd watch them frolicking together in the garden – like Margot Fonteyn with Nureyev, Cyd really did have a second lease of life.

When Cyd died, I couldn't stop crying for days. I couldn't bear having no one to feed in the mornings, no black little face yowling at me over the bedclothes. I hated coming home to an empty house, no black creature rubbing her haunches against my ankles. No one could replace Cyd, and I wouldn't want to, but I hated not having a cat.

My sister in law advised, “get another cat, completely different, as soon as possible.”

Instead of a female black cat, we ended up with a male rescue kitten, white with black splodges, who'd been abandoned over Christmas (can you imagine?) and after that, there was little time to be miserable.

In memory of Cyd, Himself suggested we made a collage of some of the best pictures of her, which now hangs up in the living room. I can look at those pictures now with a smile and remember what a loveable tyrant she was.

I'm sure that her spirit still lives on – come to think of it, Mollie's very like her...
Posted by Flowerpot at 09:38

I think pet owners fall into two camps...those who want to replace the pet straight away to distract the grief and those who cannot bear ever to replace the pet, as it would be an insult to its memory (and you wouldn't replace a lost family member either). I fall into the second group. I was heartbroken when my dog died of old age when I was a teenager and I said "never again". It took 30 years before I got Snoopy - and only then to help Kay over a dog phobia she was developing!

You're quite right, Rosiero. I definitely fall into the first camp - I just can't bear to be without an animal. It's not a question of replacing, but more of easing the grief. Glad you have Snoopy now though.

Friends of ours lost their boxer suddenly and although they bought a new dog, they went for a different breed, so as not to ``replace'' their old dog.

"“Oh yes,” said Betty and laughed. “We all say that. And after a while, we go and get another one.”"

Well I've heard people say that about men/husbands but I think a cat is cheaper and easier to housetrain. She never fails to come home.

David - good to meet you. I'd go with that idea. Strangely enough, the dog my friend lost was a boxer..

I know exactly what you mean about losing a loved pet Flowerpot. We had to have our beloved Guinnes (dog) put to sleep 15 years ago and I still haven't got over it. MWM's talking about getting another dog but not until we're too old to go away on holiday, he doesn't want to leave it on it's own. :(

Sorry I should have said put it in kennels, of course we wouldn't leave it on its own! :0

We are still mourning the loss our our beloved cat Jack Morley. He had a horrible death too. It was heartbreaking.

Losing a pet is heartbreaking and they can never be 'replaced'. Apart from a few college years, I've had dogs or cats (or both) pretty much all my life and I can't imagine living without them. As long as I'm able to give an animal a good life, I hope I always will:-)

Ak - I hope that you'll feel able to have another dog soon - they give so much joy. And of course you wouldnt leave a dog on their own, I know that!

Ellee - Jack Morley is a wonderful name for a wonderful cat. I hope you are able to have another cat one day soon.

Lane - I'm exactly with you on that. I've had animals ever since I was 10 - apart from a few years in London, and then Cyd found me and that was that. She left her previous owner and came with me. We moved 5 times and every time she was fine as long as she stayed with me. More like a dog in some ways.

I think it is best to have a mourning period (not too long tho) and then adopt. The Right One will appear. That said, I did have to wait 6 months for Rusty the dog in 2000. He has cancer in lymph glands and mouth now, but not suffering yet. I will do the necessary when necessary. luv from your SIL.
Vermont Designs.

I'm sorry to hear about your friend's dog, I think it's so sad but I do think another animal can help the pain.

Husband and I have always had pets: cats and dogs or one or t'other. Living in Bangkok is the first time we've been without and it's awful - really awful.

SIL - weldome to the world of BB!! Am so pleased to see you! So sorry to hear about Rusty though. You take care, much love S.

JJ - I do smpathise - don't think I could bear to be without animals now.

People who say 'It's just a dog/cat!' don't know what they're saying. My son's dog was stolen years ago when he was in his teens and we still feel the pain of that loss. We raised her son who was wonderful in his way, but no other dog can replace her.

Wordtryst - that is so true. And I'm so sorry to hear about your son's dog - that must be truly terrible.