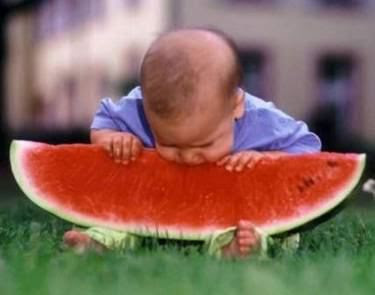 Following an email received recently from a well meaning friend, Himself has taken this scare over bottled water very seriously.

Most of you have probably received something similar which claims that keeping bottled water in plastic bottles in the car can, when exposed to sunlight, cause cancer.

As a result I am now banned from keeping water in plastic bottles (shame as I do tend to get very thirsty in the car) so the question was, what to use instead?

As Himself has now thrown out every plastic bottle we have, I scoured the flat to see what I could find.

“Here!” cried Himself, brandishing something clear and made of glass.

I took the bottle, protesting. It was an empty half bottle of gin. (His gin drinking days were over a year ago which doesn't say much for the frequency of our spring cleaning.)

Against my better judgement, I succumbed, and was last week found in Asda car park, slurping water out of this gin bottle. I got some very strange looks, particularly as I was driving.

I explained the problem to Himself (who, of course, didn't see it as a problem) but finally agreed that perhaps it was better if I wasn't pulled over for drinking and driving. Even if I wasn't.

“I've got just the thing!” he said (why do those words always worry me?)

Anyway, I had a laugh at the thought of you knocking back water out of a gin bottle! I tend to think that if you fill the bottle with fresh water everytime and throw it away at the end of the journey, you'll be fine... I suppose time will tell if my theory is wrong!

Aoj and The Hounds said...

You might find this of interest.....it pretty much debunks the scare stories. It's an urban myth that has been around for some time now.

Such a funny image. I can just imagine you caught on CCTV:-)

Oh dear. He seems very intent on giving you a wicked reputation!

Shelagh - well you know your brother only too well!

Hilarious, I can just picture it.

Chris - that sounds good advice to me!

LOL did he used to drink a lot? (wink)

I think you can still get glass bottles for things like Schloer apple or grape juice. Maybe that would be slightly better than drinking out of a gin bottle, but then again people might think it was a vodka bottle, unless of course you keep the Schloer label on!

JJ - he certainly does! Though actually he doesn't think he is at the time....!

Debs - Yes I still have an image burnt onto my retina!

Rosiero - yes you can get those but they're too big to fit in the van side pockets - I need something smaller and round!

Brilliant - the picture of you knecking the 'gin' was priceless! What a grin that gave me.

Heck, I take bottled water everywhere with me!

MOB - swigging it back, I was!

Crystal - well according to the link that AOJ sent, it's OK to drink bottled water - after all that!

That's great! I reckon that the drinking of the water is less harmful then NOT drinking regularly, plastic bottle or no. But how about just keeping one in the fridge and taking it with you in the car, rather than leaving it in there to fester?

That tickled me for sure

Mopsa - that's a good idea. I think the original problem was in leaving the bottles in the sun in the car, and I don't do that anyway. (Sun, what's that?!)

Merlin - glad you enjoyed it! You take care, too.

I can just imagine you sitting in a car park taking sips from a hip flask. And I can imagine that might just raise a few eyebrows! ;@)

You could always get a Sigg, which is a Swiss metal drinks bottle. They're sturdy and keep the drink cool.

RT - a sigg sounds a good idea. I might well investigate...

I love the hip flask idea! Perhaps a Sigg (try Millets) would less attractive to the local constabulary though. I think water tastes better out of a Sigg rather than plastic too (and they don't break when you - I - drop them!)
PS: Thanks for visiting my blog. My friends live in a tiny village not far from Shillingford.

Preseli Mags - thanks for the advice! I was just about to say I know Shillingford but in fact I'm thinking of Chillington!

how hilarious. i think plastic actually is dangerous, but only if you heat it up. for instance, never put food on a plastic plate and then put it in the microwave. it releases toxins. but water in plastic, i think, is ok....

laurie - thanks for that endorsement!