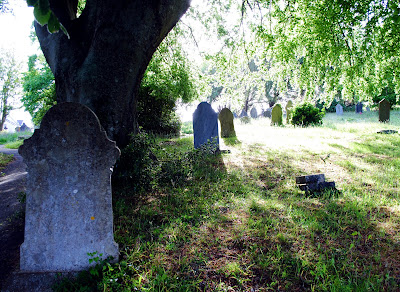 If it’s possible to have jetlag from trains, by last Friday I had it, having spent nearly every day on a train journey. Though I suppose that would be train lag.

Molls and I took the train up to see mum in Devon on the Tuesday and spent Wednesday with her, thankfully nowhere near a train. On Thursday I got the 8.30 am train to Paddington and apart from a points failure at Reading, the journey was uneventful. Except, of course, that I was on a rather Tight Schedule and it meant we were 15 minutes late arriving at Paddington.

I therefore had 19 minutes before I was due to meet Bill.

“How long will it take to get to Langham Place?” I said as I threw myself into the taxi.

“Should be about 20 minutes, ma’am,” said the cab driver. (I can only assume he called me Ma’am because I was wearing my Smart (Wedding) Jacket. Normally people call me ‘love’.)

“I’ll see what I can do,” he said, and pressed his foot on the gas.

14 minutes later we arrived at the hotel, I shot up in the lift to the top floor, hurtled out of the lift and told the maitre d’ who I was meeting. “He isn’t here,” he said helpfully.

I stared at him, muttering silent expletives and looked around. No Bill. Or no one that looked like Bill, but then I’d never met him before. What did he look like in the flesh? I was just pulling my phone out to ring Polly from Transworld, when she and Bill stepped out of the lift. Phew….

From then on it was fine. He’s a lovely man to interview – very self effacing and ironic. Taller than I expected, and quieter. The sort of voice you could listen to a lot. Very intelligent in an interesting way. Of course we all know about his sense of humour. And he came out with some great one liners – such as, “I wouldn’t like to talk to me!”

All too soon it was over and we said our goodbyes. I hurried into the Ladies and sampled their posh hand cream, made use of their mouthwash (?!) and relished a glimpse of How the Other Half Live. Aren’t I lucky, I thought, to do this for a job. (Not so much fun at the moment as most freelancers I know, including myself, are having rather a Lean Time, but still.)

It was good to go to London, it was a privilege to meet Bill, and apart from a hellish train journey back home, last week was good for me.

Those are the sort of interviews I love doing. Need to try and rustle up a few more….
Posted by Flowerpot at 17:34

I'll bet that the interview made the journey worth it.

Eek, my heart was in my mouth for you then! I'd have been panicking big time by the time the train got in, but you kept your cool and pulled it off! Brilliant. Hope you do get some similar opportunities.

I'm so glad that you enjoyed your trip!! Isn't it always interesting to finally meet someone face to face and find that they aren't quite what you thought?

Somer interviewees are just gifts, aren't they? They talk in fully formed sentences for starters so you can just report what they say verbatim. Others um and ur to such an extent you really wonder if they have anything interesting to say at all! Obviously Bill is the former, and writing up the interview will be easy in some ways, as you have lots of lovely quotes, but harder in others, i.e. what on earth can you possibly leave out?
Margaret P

Well done for coing with all the complications of this day - I'm sure I would have been a nervous wreck! Are you allowed to say where we will be able to read this interview?

Morton - thanks for that! It will be in Writers' Forum but I don't know which issue yet. Will keep you posted.

Kim - it is - but then people are never quite what you think, are they?

Colette - it certainly did!

Apologies for my comments appearing in totally different order to how they appeared in my inbox. Most curious...

That sounds fantastic! I'd love to interview Bill Bryson, and I'm glad you got there on time!

"and relished a glimpse of How the Other Half Live. Aren’t I lucky, I thought, to do this for a job"

Phil - I am very lucky indeed. Though given the work rate at the moment, am brushing aside horrible thought that this could be my swansong.... But no. Keep pitching.

Dear FP, have you seen the appointment of Jemima Khan as assoc editor of the Indy? So all we need to do is inherit 100m and divorce someone really famous, then when we are not shopping involve ourselves in charity work?

Phil - no i hadnt seen that. how remiss of me! Thanks for that - how simple life can be if you get it right!

Glad you had a good time, Flowerpot!

Looking forward to reading the interview.

Is there anywhere else you could send the 'extra' 2,800 words?

Pat - I will post when I know which issue of WF it will be in. After transcribing an interview there are always loads of words 'over'!!

Debs - it was very special indeed. One never to forget.

Phew! I bet you could have kissed that taxi driver getting you there before Bill Bryson. :)

Ak - I certainly could!!