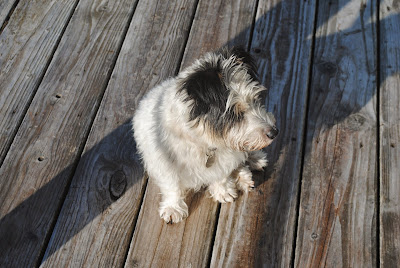 Oh dear, such small things pellets yet so deadly. Sending good wishes for Moll and to you, hoping your stress levels return to low as soon as possible!

This sounds sooo traumatic; poor little Moll... and poor you too! I do hope she recovers from her ordeal and gets back to full health quickly xx

Oh no. Poor Moll. Do give her a get well pat from me! Fingers crossed she'll be fine.

Thanks Addy - she's very bouncy at the moment x

PS Jane - can't see how to comment on your blog!

DC - many thanks. It's a lovely sunny morning so e're feeling a bit better!

Oh I'm so sorry and am hoping that Moll is recovering and that you are better too from all the stresses you are having around you at the moment. We must arrange that lunch! Week beginning 24th Nov perhaps?
Lots of love xxxx

Thanks Sally - we could all do with a breather really! Let's get diaries out tomorrow xx

Hope all goes well for little Moll. Give her an extra cuddle from me. xx

Dear Sue, sorry to hear about Moll. Hope she will be better soon. Bet you'll be glad to get this year over with. Take care

Kim - this year has had many good bits but I would hope for a slightly less turbulent one next year, yes!

Thanks Rena - will do xx

Oh poor Mol,
What an ordeal for you all, I do hope she's alright, you too Sue/
When you're just getting your life back together, there's another set back.
never mind you seem to have lots of lovely friends to support you,

Trubes - yes life seems to be a series of roller coasters! But I do have lovely friends x

"Flowerpot Days" has been included in our Sites To See #413. Be assured that we hope this helps to point many new visitors in your direction.

P.S.: I hope Mollie is feeling much better by now.