The importance of earwigging 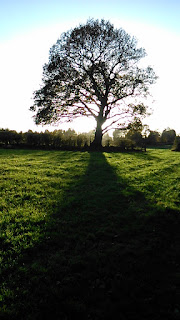 One of the attributes my mother passed on to me is the knack of eavesdropping. This is quite an art, actually - watch my mother as she sits, utterly still. Her whole being concentrated on the person/people at the next table. She will absorb their conversation like osmosis, so that it becomes part of her, enriching her life. Yet she would never betray a confidence - and this is what makes her such a good listener, and why all my friends would come and confide in her. Marriage gone wrong, trouble with children, broken love affairs - they would troop in anxiously, sit down, and talk……She would listen and dispense advice where appropriate.

And all this comes from the ability to really listen to other people. My mum is a pro, and the story goes that when my parents were courting (such a lovely word, rarely used nowadays), my dad had saved up all week to take her out for dinner.

Imagine the scene - sitting at the table, wine glasses full, platefuls of delicious food in front of them. My father leaned forward, to whisper someting lovingly in her ear - when she said, “SSSHHH. I want to know what he says next,” looking at the next table. It is some tribute to my dad that they actually got beyond that date. A tribute to my mum, too, no doubt.

Years later, when I was working in London, I got the coach down to Exeter as this was the cheapest mode of transport, but it broke down three times en route. It was very hot and Dad had asked me to bring a big bag of olives from one of the delicatessens near Berwick Street Market. As the heat increased, the olives emitted a somewhat unsavoury smell, and I was left with the seat next to me empty. All the way.

This was long before the days of mobiles, so I had no way of telling mum that I would be late, so when eventually we arrived, hours late, I expected a very fed up mother. (I’m being polite here. You don’t want to anger my mother.) To my surprise, she greeted me with a kiss and a big hug. “No it was fascinating,” she said. “I sat in the cafe and I got talking to....... and off she went, painting a delicate picture of the finer parts of her companions’ lives.

She taught me to recognise the pitch of a persons’ voice - you can always tell how they’re feeling. Depressed, hungover, tired - voices are sluggish and low, dragging along the ground. As their hopes rise, so do their voices. I’m a prime example here - when I’m excited I almost talk in a Top C.

The other day I was walking Moll along the beach and two women were walking behind me, deep in conversation. I’d worked with one of them, many years ago, and recognised her voice. It carried, clear and true, through the quiet of an autumn afternoon.
“The thing is,” she said to her friend, “He’s the one that's been left behind after thirty years.”
I almost stopped walking, this was such a gem. I held my breath to hear why and where, what. I could almost see my ears flapping. But I carried on walking, head down. As if I wasn't listening.

But there was silence. They must have seen my ears pinned backwards, ready to snap up their every words, like a Venus Flycatcher. Sadly, they moved over to the other end of the beach, stared out to sea and from what I could gather, change the conversation. So I never will know who he was, why he was left, or when…

Then yesterday I went to the corner shop as two students walked in. One was tall, dark haired, the other short and dark. They wore jeans with large (fashionable) holes in. The tall one had a skimpy top that showed her goosebumps. The other one wore a dark green jumper with cuffs that came down over wrists.
“You know,” said the taller one, “I've never seen your arms.”

And if either of those isn't a brilliant start to a short story - or a novel for that matter - I don’t know what is.

I have often heard it said by authors, that overheard conversations form lots of chapters.

I really liked your post. I didn't know your blog but now I will come back often.

They certainly can, DC!

Good to meet you, P. Hope you do call back!

Isn't it annoying when you don't get to hear the end of the conversation? I find myself wondering what happened next and often make up endings.