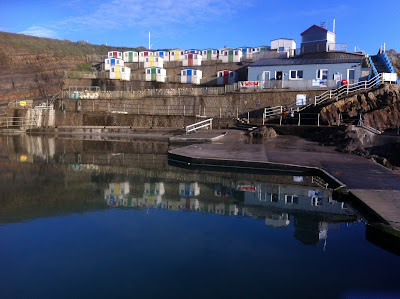 This was taken at the natural sea pool at Bude - at the beginning of last week - though it seems like months ago now.

I had expected to just get on with life once I got home as normal but the van has been jinxed. For some reason unknown to the countless people who have looked at my van, and the three other Breakdown people who have towed it away this last week, it keeps refusing to start in the mornings.

To say I am frustrated is putting it mildly. I am feeling as drained as the poor (new) battery appears to be. It seems strange that this dear van, which we bought about 15 years ago, has never once gone wrong and since our Bude trip can't seem to function. It's just been towed away again this morning and I'm awaiting verdict. Thank god for dear Paul who has driven over here more times than I care to think about to help with the van, and to everyone else who has and is offering me lifts.

Maybe one day this will all be over! It has put my Christmas plans into jeopardy as I don't dare drive anywhere on a bank holiday or day when garages will be shut, as Breakdown will only take you to a garage of your choice so if they're not open, then they won't take you. Hey ho. And the trains are due to be on strike, I gather.

Apart from that, I am working on some very interesting research which takes my mind off the van and will help pay some bills, and am looking at the first 4 chapters of my novel that I submitted while I await the final verdict from my mentor.

Christmas parties are looming this week - we had a great one for our French conversation groups last night in the pub where we all took and shared food - our singing party on Thursday and Book Group on Friday. So I am not wanting for festive spirit.

Life sometimes just throws stuff at you, doesn't it? I was talking to a dear relative yesterday whose son has just died from Motor Neurone Disease. Such a cruel illness. She said she knew she could talk to me as I'd lost someone I loved very much, and how she sometimes has to just try and get through that day. "I found sometimes it was an hour, or a half hour," I said.

But we do get through it, and I think the important thing is to remember that the really difficult times do pass. Grief becomes less raw, or we just get used to living alongside it. They are hell at the time, but eventually we look back and think, Thank God that's over, and there are - we hope - better times ahead. 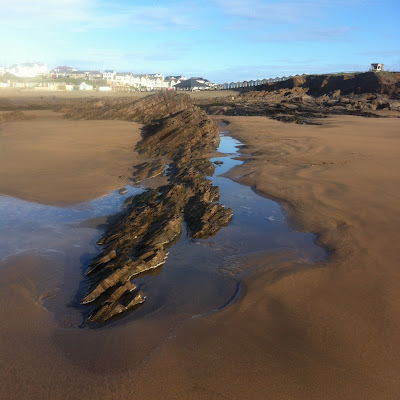