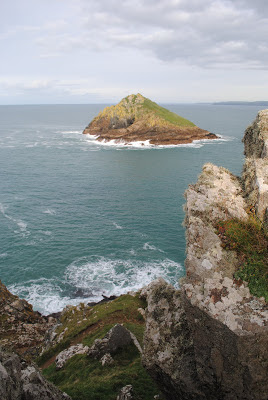 The above picture was taken recently, at the Rumps, North Cornwall, with one of my best mates. It has nothing to do with this post, but I promised I’d post some of the pictures I took and will share them over the next few weeks. A reminder of a very special walk which I’m writing up for Cornwall Today (also see one at the end of this post, from Pentire Head).

Last week was a real emotional rollercoaster – as my life often is – regarding My Novel and Agent. One day, when the sun shone, I would be optimistic and cheerful. The next, when it rained, I was utterly downcast and miserable. But most of my spare time was spent rehearsing for Prussia Cove.

Ten years ago my friend Paul organised a weekend staying at Prussia Cove for a friend’s birthday. To cut a long story short, the weekend has grown and grown, until 60 of us gathered to stay in various houses and cottages on the estate. We all take food and wine, which we share, and bedding, and logs for the fire, and eat and drink and SING and make music.

It was the second time I’ve been, and a really fabulous weekend – 7 of us stayed in the Lodge, sharing somewhat Spartan bedrooms – and a bath on the landing (!) with long suffering John being the only man. (He opted for being Plug Monitor….)

In fact it worked so well and we got the living room very cosy with a log fire on which we toasted crumpets, and this room became a warm little safe haven against the weather which was dire.

We had two very late nights, a lot of drinking and partying and an incredible selection of workshops (including a scratch orchestra) on both Saturday and Sunday, and after the fancy dress dinner on Sunday, lots of us performed, with varying degrees of success depending on amount of alcohol consumed and levels of exhaustion. (My second performance, with Paul and Janet, started off well, then I panicked, but ended up OK and reduced the audience to gales of laughter, so that was OK.)

We sang a very simple 3 part harmony of Kyrie Eleison on Sunday morning that somehow grabbed me and reduced me to tears with its beauty. It was then a matter of trying to stop, which proved difficult. But we sang such a wide variety of numbers, and heard a fabulous standard of musicians, it was quite awe inspiring.

I came away feeling very fortunate to be able to be part of such an event – and we’re all looking forward to booking the Lodge again next time (minus one who will be in Australia!).

So I’m shattered now, going to bed early and waking in the night with music pounding through my head. Roll on next year…. 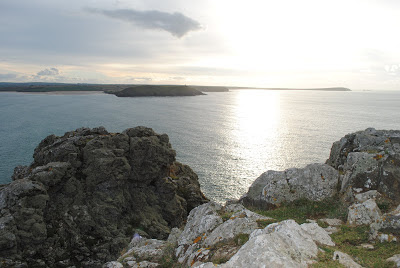 So glad it was such a brilliant weekend! Very brave of you to sing! xx

It was fabulous Sally - sorry you couldn't be there. Brave or foolish? Not sure!! xx

Sounds like you all had a great time ultimately. :)

Ak - we certainly did!

Wow! That sounds like quite the weekend indeed. And is that place really called 'the Rumps'? Hehe!

It is ccalled the Rumps, Talli, though in fact they look more like boobs!

What an amazing weekend!

Debs - it was terrific!

You certainly have an interesting and varied life, Sue - but one with lot of singing! Your weekend sound such fun.

(PS Thanks very much for your kind comment about the new book).

Chris - yes, I'm very fortunate. And that's just the stuff I write about!!! Your book is great, Chris and you should be really proud of it. Happy belated birthday xx

That sounds like an absolutely fabulous time! I am thinking you came away tired, but at the same time, quite energized. :)

Melissa - you're quite right, I was. And still am!