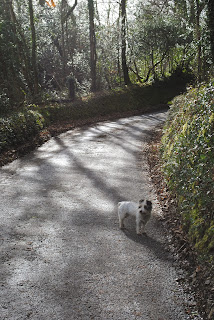 Glad to hear you're on the mend. I hope you go from strength to strength. Take care :-)

A blazingly honest, inspirational post. Congatulations on coming through the worst of this trial with your humour and friendships intact. Now each day you will hopefully be a little closer being 'you' again. Take good care of yourself :-)

Well, I am SO glad you have come out of the other end of it in reasonably fine fettle. Just take the time needed to let your body repair itself. Recovery from these kinds of operations are not to be 'sniffed' at. Take time and your body will let you know when it is repaired.

DC - my body seems to want to go at its own pace and that's fine! Thanks for that.

What a post! Sending best wishes and hope you have a speedy recovery x

Rose - thanks for that - can't wait for the sailing. Hope you are progressing well too! xx

Absolutely brilliant to have you back and getting into your stride again - no matter how carefully you must take things for the time being. Sounds like you have come through a horrible ordeal, Sue. But the important thing is that you have come through it and are now on the road to recovery.
The fact that you have so many lovely, supportive friends says as much about you as it does about them.
I'm looking forward to all those future updates as your recovery continues. Until then, take very good care of yourself, won't you. Rx

Rena - I've just walked round the block for the first time since my op which is a real step forward and I'm delighted! Thanks for your kind words Rena xx

I am so glad to read this post and hear that you are out the other side. It will soon be a distant memory and in time you will feel so much better, the pain will disappear, the scar will be barely noticeable and you'll be back to all your old vices again!! Believe me, it will pass.

Addy - thanks that's very heartwarming. The stitches are already dissolving and I've got a bit more energy which is great. x