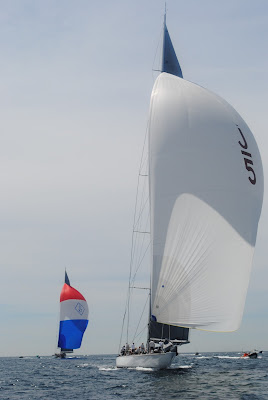 I’m sitting here on tenterhooks as I realise it’s 3 weeks till my book launch and I don’t have a book. I was assured by my publishers that they would be ready for 4th August - but you can’t help thinking….. Still if the worst comes to the worst, I could always take orders. But it wouldn’t be quite the same as having copies in my hot little hands.

On a completely different matter, I went to the see the dermatologist last week about my very large hypertrophic (hysterectomy) scar that hasn’t healed. “That’s some scar,” she said, almost admiringly as I bared my stomach - the scar is about 8 inches down, with a wiggle where it goes round my tummy button. (They couldn't do keyhole in case the tumour turned out to be cancerous - thankfully it wasn’t, but that’s also why the scar goes down rather than across.)

I’ve tried Bio oil, Vitamin E oil/cream, silicone strips - you name it, I’ve tried everything, so my surgeon said to get a referral to a dermatologist.

I expected that he (in fact she) would look at it and suggest - I wasn’t sure what. As it happened, she suggested injecting me with steroid and using a steroid impregnated tape on the scar. Well, I wasn’t at all happy about any injection but somehow before I knew it I was lying on my back on this couch and she stood there with a syringe.

Now I’m not a wimp and have quite a high pain threshold but this was absolute agony. She injected the scar about ten times and I swear (which I did, loudly) the poor scar must have grown some incredible nerve endings. She did apologise for hurting me so I gripped the nurse’s hand and swore and hoped it would be over soon.

It was (though not soon enough) and the strange thing was that the pain kept recurring - for about another 4 hours it felt exactly as if needles were still being stuck in my stomach.

Thankfully the next day the pain receded, and now with the tape on, the scar already looks flatter. I have to see her again in 9 weeks and whether I will let her stick needles in me again is debatable. Depends how soon the memory fades!

Oh poor you, bet the nurses hand was hurting after that!

I don't expect the poor nurse could move her hand for a while afterwards!

Ouch Sue! Hope this works for you.

Thanks Kim - I hope so too!

Ooh! I could feel that too, I once had a needle stuck in my middle finger
to drain fluid from it, then to inject cortisone to reduce the swelling,
I screamed so loud then accidently kicked the consultant in the leg.
I wasn't sorry either as he was a miserable sod !
Hope your book launch goes well, and your treatment works, after the pain
you endured,

I'm laughing at you kicking the consultant, Di! Good for you!!

Not good with pain! You are brave. X

Frugal - I wasn't brave - I didn't have an option!

Oh, yikes! That sounds excruciating! Good luck with the follow up appointment but, more importantly, I hope all the pain brings good results for you. Cx

Thanks Chris - it doesnt hurt now - just then!

Oh my goodness! I've never heard of steroids being injected into a scar. Poor you! I hope that the treatment works, though. :) I was fortunate in that I was able to have a DaVinci hysterectomy (a robot that makes three tiny incisions). I still have some scars, but they're quite small.

Have a fantastic week!

Melissa - I've never heard of a DaVinci operation before - sounds amazing! Enjoy your week too X

The initial Keloids Symptoms you will probably view is that rubbery scar tissue begins rising beyond the borders of the original injury. It can become itchy, tender, and painful or produce a burning sensation.