The illusion of love 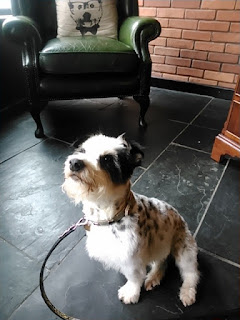 I went to see the film of Florence Foster Jenkins yesterday, and found it fascinating. For those that don't know, she was a wealthy woman who long aspired to be an opera singer, despite the fact that she couldn't sing. Her ambition was to sing at Carnegie Hall, which she did - and recordings of her voice are quite excruciating, though she believed she sang beautifully. Her devoted husband supported her in this, wanting her to be happy. But was he supporting an illusion, or merely doing her best to make her happy because he loved her?

Meryl Streep, who plays Florence, talks about the illusion of love in an interview. But I'm interested in this dilemma. Was Florence's husband being cruel, going along with this illusion that his wife could sing, when it made her very happy - and was her whole raison d'être? Would it not have been more honest to tell her she couldn't sing? But that would have crushed her hopes and her spirit, could well have wrecked their marriage.

AT the end of the day, he did what he felt was best for her - he protected her and made her happy. That was his decision, and if they were both laughed at throughout society, that was his decision. As always, there are different ways of looking at it.

What do you think?
Posted by Flowerpot at 11:07

Interesting! I would have preferred honesty. Mr S always tells me if my bum looks big in something I am trying on. He knows not to do so would make me unhappy so he too, like her husband, likes me to be happy........ Lunch soon? xx

Good to hear from you Sally! Yes, lunch would be great, will email. XX

Ed Wood made movies that are still cult classics today. The movies are drek, but his enthusiasm and persistence and love for the craft is was set him apart. Follow your bliss. It's YOUR bliss. Ignore what others think.

Kris - in this case, it was Florence's bliss! Good to hear from you.

Hoping to get to see the film soon. I see Moll is being her usual photogenic gorgeous self!
Any luck with the sailing yet?
Well it doesn't seem that we'll make Cornwall this year, what with family ills ect, will manage a week with the outlaws in Scotland. Maybe next year.

Kim - yes we had a wonderful sail yesterday, thank you. Sorry to hear you won't be in Cornwall this year but if you come next year, hope to see you then!