Gloves wanted - for the Invisible Men 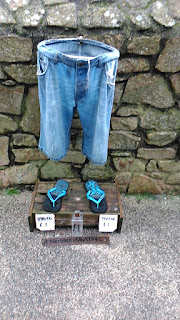 In case you can't read the caption, this is the Invisible Man in St Ives the other weekend. You may see the relevance after reading this post.

Last weekend, our musical director asked for donations of gloves, as a friend is volunteering in Calais where there are a thousand people sleeping outside in the freezing cold - it has been snowing. They need gloves, particularly men's gloves, and if anyone could give them to her, she would send them off on Thursday after choir.

Strangely enough, I'd been digging out my gloves as I've started getting chilblains (an occupational hazard for those of us with bad circulation) and found a pair of men's thermal gloves that I'd got for Pip. As his health declined, and due to the medication he was on, he felt the cold more and more, so I was always thinking of ways to keep him warm. For some reason he'd never really taken to the gloves, though he had worn them a few times.

Seeing this post on Facebook, and finding Pip's gloves made me think - well, he would be delighted. So am I - to think that these gloves have been sitting here, unused, for years, and now they can go and help some poor fellow freezing out there and give a little bit of comfort. Well, I can think of no better use for them. And I know Pip would agree.

So please, if you have any spare gloves or anything to help these poor people sleeping outside, do give what you can. Stuff Christmas presents - this is the kind of thing that's really needed. 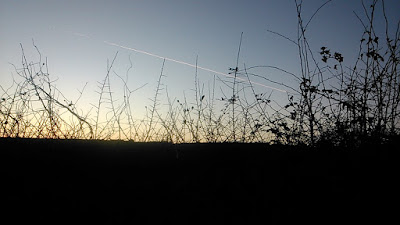 I've just caught up with the last few posts, Sue. I'm not a 'virtual hug' person, but I do wish I could send you a big hug now. This time of year is a b*gger for reminding us of those we've lost along the way. Worse still, when you've loved and lost someone so special. Thinking of you. Cx

Thanks Chris - think there a lot of us around! x