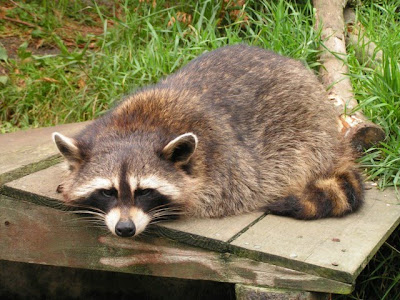 Well, I'm sorry to be a spoilsport but I am so sick of the word SNOW I could scream. But here in Falmouth we have had extremes of weather that I've never seen before all in one day. We woke to snow. Half an hour later, we had a huge thunderstorm with lightning flashing ahead. That calmed down and gale force winds blew up, with lashing rain.

A half hour reprieve, during which I dashed out with Molls and realised just how incredibly cold it was – got back and looked out of the window to see huge golf ball sized hailstones, followed by snow. All of which took place in the space of two hours.

While we've all been disrupted, I had to put off an interview with Porfell Wildlife and Animal Sanctuary which I have been trying to get to for some time. First time Himself was starting to be poorly, then they were going away and this time we were snowed in, so I am hoping to go next week – or at least before Christmas.

The couple that run it are now in their 70s and came to Cornwall in the 1970s with the idea of running their own smallholding. They arrived in an old minibus containing a pony, rabbits, budgies, two dogs, and a horsebox with their daughter and her pony. Joy followed in an old Triumph Herald with yet more animals including the cats.

Their dreams have multiplied, and now they aim to “provide a safe haven for elderly and problem exotic animals for the rest of their lives. The work of our sanctuary is recognised nationally by zoos, wildlife parks and other organisations.

Here at our animal sanctuary you will see groups of single sex animals, such as Ring-Tailed lemurs. Elderly animals like our dear old meerkats in retirement in a nice heated enclosure. You will see some who can breed, like the White lipped tamarins. Mother, Tammy had twins last year, they look as they have just drunk a large glass of milk, with milk still on there lips.

Not forgetting old favorites like zebra, capybara, owls, ocelot and lynx. All enjoy environments created to suit their individual needs. New to the park are Black lemurs – we have registered to become part of the E.E.P. European Endangered species programme; to help these very rare lemurs, ours are past their breeding prime at the age of 27 but are helping us to highlight the plight of the Black lemurs of Madagascar.”

They sound such an inspirational couple, I am longing to meet them. So hurry up weather and warm up so I can get there!
Posted by Flowerpot at 09:31

Hoping that Himself is feeling better if you are keen to get out and about. Fingers crossed. Cx

I've been seeing on the news how bad you've got it down there. Let's hope it eases soon.

Hope you get to do your interview soon. They sound fascinating!

Thanks Chris. I haven't been able to see him this week cos of the snow but hope to by end of the week. x

Lane - it has been extraordinary here but think it's going up your way now. Watch out for blog post on Porfell when I get there!

What a fantastic couple they are!

Hope Himself is feeling better.

We have snow too but have got off lightly compared to you.

Ak - they are amazing and long to meet them. Himself still inside and has a way to go yet before he's out. Hope you arent snowed in!

I love animal sanctuaries, being an animal lover. They are such a wonderful idea.

Yes, the snow. It's becoming a dirty word. We're sick of it, too.

I'm running a giveaway on my blog. If you're interested do pop over, I'd hate for you to miss out.

CJ - I bet you're sick of it too! Will pop over and see about your giveaway right now...

I do hope you manage to do your interview soon and that Himself is improving each day.

Our schools are shut and the buses aren't running, but I've had a white garden since last Friday, which is almost unheard of over here.

Thanks Debs. Himself is improving but had a hiccup with his kidneys which they are still trying to sort out. I heard that all the Channel Island schools are shut - widespread disruption everywhere!

I am also fed up of snow. Its now been a week since we could drive at anything other than 10 miles an hour and frankly I am bored of it. Last winter it was like that for 6 weeks solid so hopefully it won;t be that bad this time. haiving said that, looking at the blizzard outside at the moment it doesn't look good.
Fingers crossed Himself will be feeling better soon. Take care of yourself.

Colette - well you have it much worse than us. 6 weeks! You poor things! Its Ok for a bit if you don't have to go anywhere but after that - forget it. Himself seems to be making progress slowly but hopefully surely, and I am OK thanks.

I hope you get your interview soon too. We don't have too much snow here in Cambridgeshire.

This weather is snow joke!

Thanks ellee - don't know if you've got snow now!

wow your weather seems extreme, I think here in the south we have got off lightly by all accounts...

the couple with the animals sound like wonderful people, and oh my, sounds like a wonderful life.... loading up me car with me chickens and moving to a small holding in cornwall would be my dream :)

marmie - good to hear from you again and hope you are well.