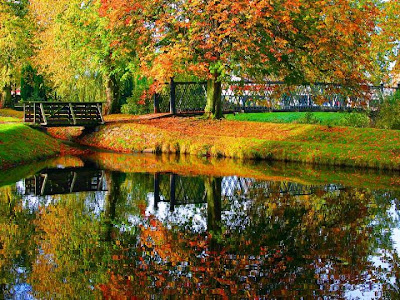 This picture has nothing to do with this post but I felt like something soothing and uplifting - and seasonal.

The other weekend when we were travelling back from Devon we stopped off in Fowey. I used to live there, some time ago, and although it’s changed a lot since then, it’s still a favourite old haunt of mine. I’ll only go in winter though, when it’s quiet.

I had a very dear friend called Jane who lived at Readymoney Cove, not far from the town, but sadly she died two years ago and is sorely missed. Mind you, she’d had a good life, and at the time she died I think she’d had enough. She was in her seventies and sprightly minded, but her body was letting her down.

She had gone blind and needed a hip done. She had no money and the cottage was falling down. Her children (grown up) lived in America so they rarely came over, and most of her friends had either died or moved away.

But whenever we went to see her she was wonderful company. Intelligent, funny, a wicked sense of humour and liked nothing better than a good flirt with Himself – who was more than happy to oblige.

So it was a terrible shock when I got a phone call saying that she had died. The funeral was full of young people, which said a lot for Jane, but next to me stood a man of about Jane’s age wearing a smart dark blue woollen coat, highly polished brogues. He crept in at the last minute and cried all the way through. Then he tiptoed out, quiet as a cat.

It’s a while since we’ve been back to Fowey so I decided to go and see what had happened to her house. There were net curtains at the windows (not like Jane at all) but the door was firmly locked and no sign of life. So I asked the fellow who was cleaning the toilets if he knew who owned it now.

‘I haven’t been doing this job long, but my mate told me that a famous writer had bought it,’ he said.

So I went up and knocked on the door. Nothing. I asked her neighbours and they thought it was let as someone had the fire lit the previous night.

I came home none the wiser. Then I thought, I’ll write to the owner – whoever it is. So I did.

I’d like to know that Jane’s house was loved as she loved it. So I’m waiting for an answer. Not that I expect to get one, but you can always hope. And if not, I shall write one.
Posted by Flowerpot at 09:36

FPot - that is wonderful - we can imagine the story behind the grieving man, the writer in an inspirational old cottage, possibly the striking up of a new friendship - if the new owner is a writer they WILL answer, surely.

who's the old chap in the navy coat? who's the new owner of the cottage? are they one and the same?

I do so hope you get a reply.

mopsa - I know, I was intrigued by the grieving man and the DEPTH of his grief, and how very private it was. I longed to stop and talk to him...

laurie - As I'm getting peeved at not having an answer, I think I can feel a short story coming on....

Or perhaps the owner is doing a book launch and is away. Or her/his mother is ill. Or they've gone on holiday. Or they're ill. Or something.

This is such a story.
Like Laurie I thought maybe the old chap is the famous writer.

Gosh who could it be? Hopefully not Jeffrey Archer:-) Net curtains?

Actually I think that beautiful soothing picture has a lot to do with your very moving post. They seem to gel together. I can imagine the place pictured is a favourite spirit haunt too, a tranquil area they will be drawn to.

Wouldn't it be lovely if the old chap next to you at your friend's funeral turned out to be the famous writer, who had bought her house, and wouldn't it be fabulous if it was discovered that they were ............

Sorry, I love a story. Go on, tell us a story Flowerpot, write the answer to your letter anyway.

Oh I do hope you get an answer to your letter. What a lovely tribute that so many people turned up for the funeral - she must have been a lovely lady.

What a brave person you are, knocking on a door when you don't know who will answer. Could be the Midsomer Murderer for all you know (and that's the most dangerous village in England to live in).

I'm like all the rest - who was the grieving man at her funeral? I do hope you'll find out somehow. Even this part of the tale can lead to an entire novel! And that autumn picture is GORGEOUS.

lane - no he definitely wasn't jeffrey archer - I was standing next to him, remember. He was shorter and with grey hair. Highly polished brogues. I can feel a story coming on...

Crystal - I did have a picture of jane's house but it seems to have walked off my computer. her house was incredible... not a soothing spot but very special, right on a little cove.

swearing mother - well, as you've requested it, I will have to oblige my itching fingers. watch the next post....

ak - she wasnt a lovely lady in conservative terms but she was very special, very sprightly, spoke her mind. made enemies as well as friends. Unique.

wakeup - I'm not brave but I am intrinsically nosy and I wanted to know what had happened. I didnt think of a murderer being there.... I will next time!

julia - I#'ve started writing a story about it and as i wrote I thought exactly that. This is a novel not a short story! however, see what you think....

I came over through Lady Thinker's site at And Who Cares where your photo really drew me in. I'm glad it did. What a lovely post and although the photo doesn't correlate with the context - it certainly does with the feeling of a warm friendship. Very glad I stopped in. Will try to come again. ;)

Forgot to mention that I'm Teeni from The Vaguetarian Tea Room at http://vtroom.wordpress.com - do not yet have a blog at blogger.

I didn't have time to comment yesterday as i was far too busy as I 'filched' your lovely picture. Hope you don't object - if so just say and I'll remove it. Is it your own photo and is the location in cornwall - its really beautiful. Autumnal colours and water leave me speechless.

I loved the name of Readymoney Cove - must get the map out and see exactly where it is. Have just googled it. I'm off to have a look at it now. Thanks for a 'haunting post'

I came here via Mother at Large. I know Fowey well and am trying to work out which cottage you're describing.

I love Fowey but as you say, it's changed. Every time I go it feels a little more touristy and another proper shop that servied the community has closed and been replaced by somewhere that sells expensive yachty casualwear or things that are nice-but-useless.

teeni - very glad to meet you and will pop over and see your tearoom website. Please call in again soon!

lady thinker - no I'm afraid I'm not responsible for that picture. It was sent to my husband by a friend of his and I nicked it! Please help yourself! Readymoney Cove is a wonderful place indeed.

vanessa - lovely to meet you and glad to find another person who loves Fowey. Jane's cottage is teh blue fronted one on the end right down past the public toilets (!) a row of three or four of them.