Savouring the Good Things in Life 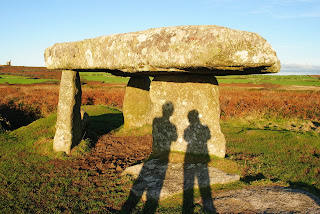 This picture was actually taken two years ago at Lanyon Quoit. I want to go back to Zennor to find the quoit there, and as we didn’t have time to go, it’s a reminder of our next trip. Or one of them.

Last week, we looked at the weather forecast for the weekend and planned a few days of boating in supposedly glorious weather. We haven’t been out in Piran for about a month, and I’m itching for a sail.

But on Thursday I went down with a particularly vile tummy bug, followed the next day by Mr B. As someone who a) has a cast iron stomach and b) needs to eat every 3 hours, not being able to eat is something of anathema to me. I was stuck in bed, only venturing out to walk Moll then fell back again. Luckily I felt so ill the prospect of sailing was a distant vision – I wasn’t well enough to miss it.

The upside is that I got a huge amount of sleep and also had the chance to read two books. Good books. Debbie Moggach’s Heartbreak Hotel – a joyous celebration of falling in love at all ages, into our 70s – and I’ve just finished Maggie O’Farrell’s Instructions on a Heatwave that was also beautifully written.

It struck me last night, as I said to Mr B, that I tend to read as I eat. Too fast. I gobble words down without really tasting them. I devour books at such speed, turning the pages faster and faster, then all too soon the book’s over. Done.

Last night we were both starving, and tried to eat our meal slowly. Our stomachs weren’t used to eating a proper meal, having had days of being unable to eat much. Then I realised the parallel with reading.

“When I’m reading a really good book it makes me slow down,” I said to him. “I need to taste the words instead of swallowing them whole. I need to savour them, like this mushroom here.” I bit into the mushroom and the rich, dense juiciness of it hit my tongue.

That’s what a good book should be like. Like a new walk we discovered yesterday, near a forgotten plantation. Something to savour, and remember for later. 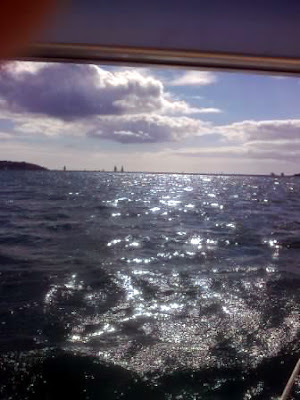 I've got tendonitis in my shoulder so have been told to Take It Easy (and not work more than I have to) so this is a v short post today.

This picture of is a sparkling sea - well, the Carrick Roads, to be precise - on a sunny Saturday morning when Mr B and I went out on Snap with Alan. We sailed round to Gerrans Bay where the wind picked up and we had an incredible, memorable day.

(In case you're wondering, Moll went to Sheila and had a lovely day shovelling manure onto her allotment. Or rather, Moll had a lovely day. Sheila was shattered by the end of it.)

Thanks Al, thanks to Snap, and thanks to Sheila for all the dog sitting while we go sailing.
Posted by Flowerpot at 16:40 8 comments: 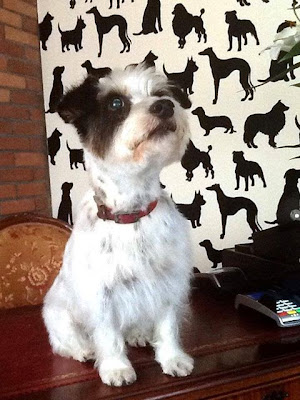 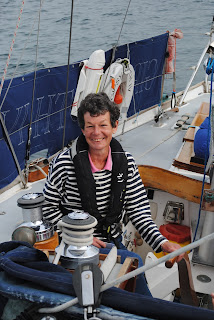 Me on the helm of Gipsy Moth IV.

Last Thursday dawned grey but mild and I dropped off Moll at Sheila’s, then Mr B and I walked through Falmouth to the marina by the Maritime Museum. There we made our way down to the pontoon and stood, looking at possibly the most famous boat (of her size) in the world.

Sir Francis Chichester commissioned Gipsy Moth IV so he could sail single handed around the world, against the times set by the clipper ships of the 19th century.

Since then the boat spent nearly 40 years in concrete in Greenwich next to the Cutty Sark, before being bought by a couple desperate to stop her going to America. Now she is owned by the UKSA Trust who aim to help both able and disabled people to gain confidence and acquire skills that could lead to further employment.

With such a wealth of history behind her, she carries a lot of baggage, but 6 of us assembled that morning and clambered on board: all with a love of the sea and sailing. I now get to the point where I have physical withdrawal symptoms if I don’t sail – I get a tugging in my stomach like you do when you experience loss on a grand scale. I get short tempered and tired. I really am an addict in need of a fix.

I was having bad withdrawal symptoms that morning, which was one of the most magical times I’ve spent in a long while. The boat is kindly and, compared to other boats I’ve sailed, much easier. Hoisting the mainsail was like pulling a curtain cord. Chichester is reputed to have kicked her when he finally made it ashore in Plymouth – how could he have?

By the end of the morning we were all good friends. We’d shared experiences, taken endless photographs and were treated to pasties and champagne by Charlie Choak. Most important of all, we’d shared a morning sailing over to Helford on this lovely lady who just took us there, ably and without fuss. I defy anyone not to feel how special she is. I felt incredibly humbled afterwards, and privileged.

Talking to Emily, the First Mate and herself a qualified skipper, she told me that she turned down a better job in marketing to pursue a career as a professional sailor. She was unsure whether it was the right move, and only had 24 hours to make up her mind but an old boss of hers said, “Follow your dream, Emily.”

She did so and has been having an amazing time as a freelance sailor ever since. This is her second year working on Gipsy Moth IV and I can only hope that the boat and Emily continue to inspire future generations to follow their dreams.