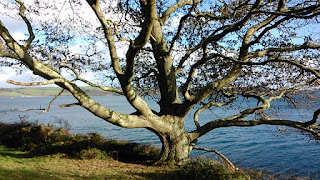 Life recently has been overshadowed by the darker moments of life - losing my lovely, cantankerous, elderly Bussie to begin with. Then Mr B's even older mother would not be hurried onto her next journey, which obviously caused a lot of distress for the family. And while I was writing about organ donation, I had to dip into Pip's last days, which was harrowing to say the least.

It's all served as a reminder of how in life we have to deal with matters that are incredibly hard. And ones that I wish to write about, for I feel they can help others.

Then last Sunday Louis Theroux did a very good documentary on anorexia. Having suffered myself - thankfully a long time ago - it brought back all those terrible feelings of powerlessness, fear and complete lack of self worth. Nowadays the media might be unhelpful in portraying celebrities with supposedly perfect bodies, but most anorexics' problems stem from lack of confidence, a desire to gain some control over their lives. Some may have experienced terrible loss or other unhappiness and find life just too painful; starving yourself brings a certain numbness, and all focus is then drawn in on oneself rather than external factors that might be too difficult to deal with.

I could see Louis Theroux looking completely flummoxed on more than one occasion, for all the women featured were highly intelligent, extremely attractive and very adept at describing their situations. So why would they seek to destroy themselves in such a vicious way? For believe me, anorexia is terrifying. It seizes you with an iron grip that is so, so hard to get out of - think addiction and it's a million times worse than that. I've given up smoking, which is apparently more difficult to give up than heroin, and that was a breeze compared to getting out of the anorexic grip.

But many people - myself included - have found our way out of this stranglehold. it is perfectly possible to live a normal life after an eating disorder. And to be happy. To form good, meaningful relationships, to bear children. But it is so important to get help. And get that help as soon as possible.

So if you know of anyone who has an eating disorder, it is vitally important that they get help soon. I know only too well how difficult it can be to persuade an anorexic to get help, but be patient. Contact BEAT. Do what you can. For I wouldn't wish anorexia on my worst enemy. And it's one of the few reasons I am glad I don't have children - at least I don't have to go through what my poor mum went through all those years of my life that were ruled by this miserable condition. 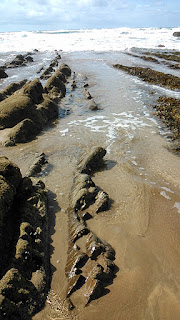 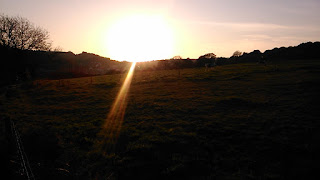 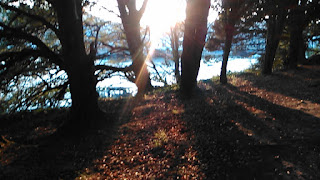 Apologies for absence - life has been even busier than usual, with a lot of work, finishing and sending my latest book, WALKS IN THE FOOTSTEPS OF DAPHNE DU MAURIER to my publishers. I've also been doing a brush up journalism course which has been brilliant but very challenging, and writing a piece on organ donation, something I feel very strongly about. Writing this took me back - by request from the editor - to when Pip was dying which was a very harrowing experience. However, if it can help others then it will be worth it.

I've also got a contract for my new book, to be about Rosamunde Pilcher who I interviewed several years ago. A wonderful lady, very interesting, with a brain much sharper than my own despite her 90 years. And on top of that I've been doing lots of singing, meeting up with dear friends, and seeing a few films.

So life might be busy and sometimes exhausting but it is fun and rewarding, for which I am very grateful. I'm off to sing in Truro tonight and have been aware of how joyous singing can be. We rehearsed on Monday and Tuesday afternoons and it was fabulous to hear our different voices mingling together, of seeing a few friends that I hadn't met up with for a while - and then having a beautiful cliff walk with Heather and Moll afterwards.

Several friends have poorly relations who need looking after, and I am becoming aware of my own age creeping up. In the past I have found myself in a rut, not sure or not knowing which way to turn which is not a good place to be.

Recently, as I have become busier, it has made me very aware of how precious life is, and how we need to not only look after ourselves, but make the most of every single day. And I leave you with some very cute cows, wanting their pictures taken.