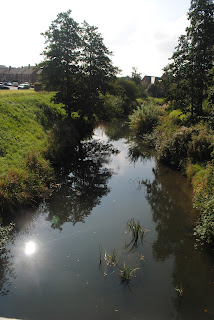 Now is not the ideal time to go away - given the weather particularly, but also given that I'm working flat out to finish my walks book for the deadline of end of March. I've actually only got one more walk to do but that is, hopefully, on Bodmin Moor, and no one in their right minds would go there at the moment as it's far too boggy. With a walks book, the writing is in a way the fun part. What takes more time is editing all the photographs, and sending those over. Tracing the route on maps and scanning those in and sending those off. Writing the introduction and the blurb on the back. A biography. And, of course, proofing it when it comes back from the publishers. I have edited the walks several times, as have four trusty friends, but it's amazing what slips through even the beadiest eye.

However, having worked very hard since October - and straight through Christmas - I feel I deserve a break, so Friday will see us heading towards Dorset where the weather has, so far, been kind. (I rather doubt it this time, but you never, know. I may be lucky.) However, I intend to do a lot of walking and exploring, enjoy some good food and see my dear friend Av.

So here's to a break. And to kinder weather. Please. Will be back in March!

Room, Holyer an Gof, and Talks 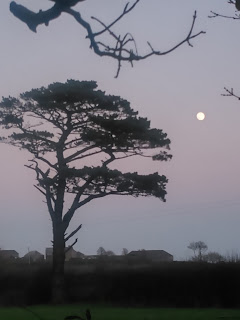 This is of a gorgeous pine tree near Durgan - any local walkers will recognise it - near the car park at Bosloe!

First of all, I went to see ‘Room’ last night - an incredibly powerful and brilliantly acted film about a young woman who was abducted, raped and kept locked in a garden shed. When her son was born this gave a new meaning to her life, and when he reached the age of 5 she launched a bold and desperate plan to escape. But what none of the reviews mentioned was the very clever look at the after effects - what happens when they tried to fit back into real life…..

Go and see it but be prepared. This is emotionally harrowing….

On a lighter note, I had an email from my publishers, Sigma Press, the other day. She said she had entered my book (Walks in the Footsteps of Cornish Writers) for the Holyer An Gof Publisher’s Awards 2016. There are 6 different categories of books, but basically it’s for books either written about Cornwall and/or in Cornish.

I was surprised, delighted - and then I read the different categories, and standards of excellence, and my hopes plummeted. Surely there will be others much better than mine? But anyway, I decided, it is great to be considered good enough to enter.

Last week I went to give a talk at Hayle WEA who were one of the best audiences I’ve ever encountered. And I have been fortunate in usually having very appreciative audiences for my talks.

This gathering of older, intelligent, lively minds, were a joy. With the exception of one elderly gentleman who snoozed through part of it, they all appeared interested, and had some wonderful tales of Cornish history to tell afterwards. Furthermore, they bought quite a lot of books…

One lady took me round a converted chapel in Hayle afterwards, introducing me to everyone who had a unit there (and there were a lot), including a lovely gentleman who has a Cornish bookshop, who would also like to stock my books.

So when presented with a gathering of older people, never underestimate them. This lot were solid gold!

A talk and Robin Ellis's book 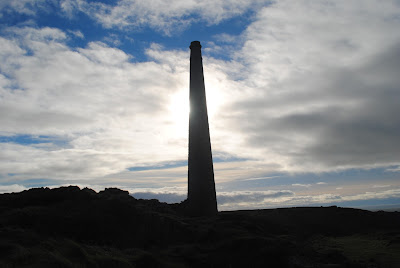 Not much to do with this post, but I haven't been able to download recent photos due to lack of technology. My good friend Fiona gave me her old Sony phone to use to take pictures (an excellent phone and much lighter than lugging my Nikon round with me on long walks). The pictures look great but I'm not able to download them at the moment, so waiting for my lovely computer guy to rescue them next time he's in Falmouth.

Tomorrow afternoon I'm giving a talk at Hayle WEA on my walks. I felt it was time the talk had a revamp as I;ve give it enough times to get bored of what i'm saying, and suddenly realised this is another excuse to talk about Poldark....

I am just hoping that it will stop raining enough for me to do my last two walks for the book which are on Bodmin Moor. The ground everywhere is saturated, but on moorland, it tends to be even worse, so it either means wading through bogs (not advisable for safety reasons, let alone enjoyment), or keeping my fingers crossed that the weather will improve enough to walk there in the next month. My deadline is the end of March, so time is ticking on....

On the back of that, i was sent a press release last week about Robin Ellis's new cookery book for diabetics (he played Ross Poldark in the 1970s TV series and is a Type 2 diabetic himself). I was commissioned to write a 500 word piece about this and I have to say the book looks very good - really great recipes for everyone wanting to eat healthily. He will be in Waterstones Truro on March 12th so go along and get a copy!

Many thanks for all the kind comments about losing Echo. it hasn't hit me yet. C suggested going down to see how she was, but I don't think I can bear that yet. At least the weather isn't conducive to boating at the moment, and I am busy enough with the book to keep my mind off Echo.
Posted by Flowerpot at 11:11 2 comments: