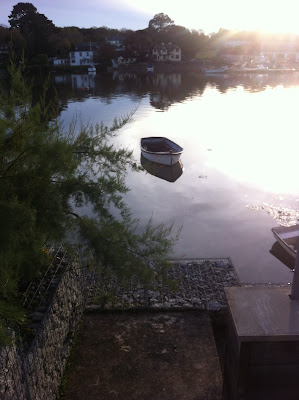 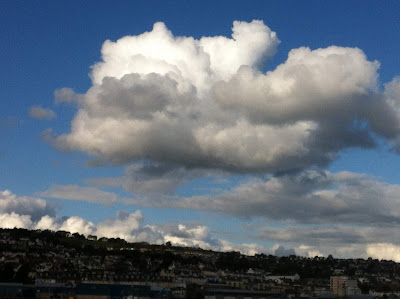 Posted by Flowerpot at 16:55 No comments: Having hobbled around like the hunchback of Notre Dame for a week (well, I wasn't bent over quite like that, but you get the picture), thank god my shin is a lot less painful albeit a jaundiced yellow colour, and my ankle is bearing the remains of a blue black bruise, but I am mobile again - hooray!

So I am able to start looking forward to my Spanish writing retreat (to give it its full title). Or I was, until a friend said, "I hope you don't have snow, and are able to get to Bristol airport." Then I met another friend whose partner was due to fly to Alicante last Sunday only to find the plane couldn't land because of high winds, so that holiday's postponed for two weeks. This is making me a little jittery, but what will be, and all that.

The good news is that I've started editing the novel again which is a terrifying but a great relief to get going again. As I was trying to explain to a friend, the only thing you can do as a writer is keep going. If you stop, you're immediately plagued with monumental insecurities, self doubt, collapse of self esteem, convinced that every word you write is rubbish. And the longer you don't do it, the worse it gets. He said he thought it was the same with art - you just have to keep going. Well, I know we all need a breather to recharge our batteries, but you get the gist of what I mean.

This will be a brief burst as I'm off to the hygienist and dentist - double whammy but I hope only a check up. Anyway, as Spain looms ever nearer, I'm starting to get excited. I will also have my birthday out there, and a dear friend who won't see me before I go, turned up at French last night with my birthday present, bless her.

It was beautifully nestled in one of those present bags - you know the type I mean, with tissue paper on top. "Don't peek!" she cried, as I did precisely that. "Pack it carefully and take it with you." Well, I managed to resist until I got home and then I not only peeked but took everything out and had a look and am delighted. Notebooks, pencils, pencil case, everything I need for my writing holiday. And they are planning a French birthday party for when I come back.

So while I was quietly thinking, tomorrow is Valentines Day and it will be the first Valentines for 24 years that I don't get a card, well at least I can spin out my birthday for a while... Meanwhile, here is my Valentine. Shame she won't send me a card... 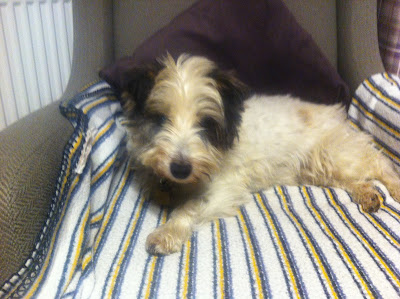 Posted by Flowerpot at 13:33 No comments:

Curved Balls and all that 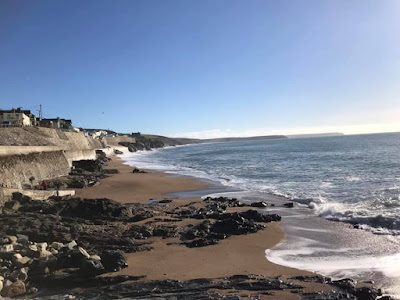 I've been quiet on the blog front because I had a streaming cold shortly after writing the last post, and well, to be honest, I felt really down in January. I'm not usually a down person (though I have suffered from chronic depression in the past, so try not to let it get that bad again). But the past few months have been more challenging than normal.

Having been on my own for a while now, I thought I'd try internet dating. Well, that has been one of the most demoralising procedures I've gone through recently. And at a time when my self esteem has been at an all time low, the last thing I needed was to be kicked in the teeth, so I've abandoned that for the time being. A friend and I decided to join a walking group, and there's one that meets weekly specifically for single people, so we thought we'd do that. Except that she has a terrible lurgy and I've hit another bit of bad luck of which more later.

However, I got over the lurgy, and then hit a big problem with my latest walks book. That is still ongoing but I have help in the shape of the guy I work for, who is helping me look into it all. Really, he is like a Guardian Angel and I am so grateful to have him to help fight my corner.

But I have finally got comments back from my mentor on the novel so I am processing those and can get going on that in the near future. And another lovely thing - I have been invited to Portugal for a week at the end of May. This was dependent on my dear friends having Moll and as they're also having her when I go to Spain in a few weeks, I was wary of imposing. However, they've said yes, so I can have two holidays this year. After none last year, I am so excited and delighted!

So life is looking up. Or it was, until I fell over last week taking the immobiliser key out of the van, tripped and cracked my shin on the granite pavement. To say it is painful is an understatement. I did something similar many years ago and it took about six weeks to heal properly. I'm hoping it won't take quite as long as of course I have Moll to walk which makes life difficult and also means I can't go off meeting new men (I wish) on the weekly walks. But that is to come.
At the moment I'm hobbling round and have to sit with it up a lot. I've had it checked over and unfortunately bad bone bruising just does take a long time to get better. It's also very tiring, but there's nothing more I can do about it except rest when necessary and keep the wound clean.

On our way back from a meeting, hey Guardian Angel said I needed some love in my life and how about dating? I explained how awful it had been, but that I'd thought I'd try these weekly walks, which seem a good way of meeting people with no pressure. And of course walking the dogs. Except that decent walks are out of the question a the moment as my leg's too painful.

So I feel a bit like Alice in Wonderland at the moment - as the Red Queen said, you have to run as fast as you can to stay on the same spot, and faster than that if you want to go anywhere.

But just think - two holidays abroad! For the first time ever, I think. I can't wait......And as my GA said, "maybe you'll meet a man in Spain, or Portugal? As long as they put you first..." Well, exactly. So who knows what's ahead? 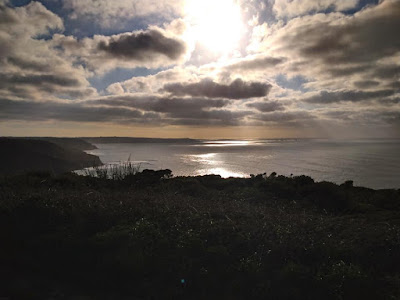