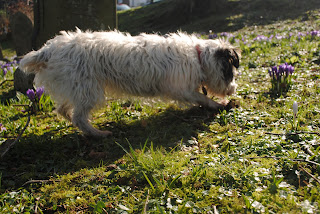 My paternal grandmother was, I have to say, not my favourite person, but one of her sayings was, “It was Meant,” – about something that she felt she had no control over. As a pessimist, this was frequently something dire, but occasionally it could be something good that happened – a chance meeting, perhaps.

And this got me thinking about two women that have come into my life over the past few weeks. They are both called Maggie and are around the same age, but there the similarity ends.

One came about because I left one of my business cards in the pub in Devoran. It has a picture of Moll jumping up on it and as Moll was jumping up for crisps, as is her wont, it wasn’t hard to figure out whose card it was, and Maggie emailed me. We met up, got on like a house on fire, and found we have similar backgrounds. We are also both journalists, worked in TV (Maggie has her own production company) and have written novels. Better still, she and her partner have just moved down here.

I met the second Maggie last weekend as she was my mum’s current carer. She’s not had the easiest path in life – a v difficult first marriage, but happily married now and has been living in the mountains in Spain for the last 12 years, having always dreamt of living there since she was a child. She’s a fabulous cook and used to run a restaurant and now takes the overflow from her son’s B&B/holiday accommodation nearby.

It looks so beautiful, and she said, “If ever you want a cheap holiday, get in touch.” Having seen the website, I am sorely tempted.

She’s also had breast cancer and, like many of us who have been touched by death, lives very much for the moment. “It means I’m not afraid of anything any more,” she said. “There’s no point in worrying about stuff that may not happen. I believe that when that big ball in the sky comes up with your number on, there’s nothing you can do about it. So I’m going to make the most of my life until it does.”

What more can I say?

Where are we going? 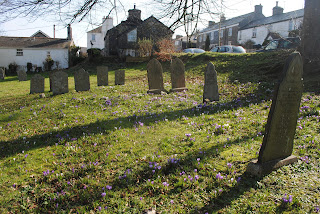 The weather has been so dire recently that it’s been nigh impossible to do any walks for Cornwall Today or my forthcoming walks book. At the end of January we had a weekend in South East Cornwall and managed a couple of walks but that was for the first time in over two months. My poor camera has also gone into a sulk.

And as if to coincide with this mud induced hibernation, my dear friend Viv, well known by CT readers, has been stuck in London since early October. My other dear walking buddy is Oop North for a short while, so it was sheer chance that I bumped into an ex-neighbour: a nurse who works in the High Dependency Unit at Treliske and was there when Pip died. (She also gave me the best possible advice about dealing with death, having lost her son not long ago. “The sooner you can accept it, the easier it will be to get over it,” she said. That helped me more than I can say.)

I hadn’t seen her for a year or more and bumped into her in Sainsbury’s a few weeks ago. We went for a drink and discovered a mutual love of walking, so I invited her along one day. She wasn’t working yesterday, and as the weather’s been dry and sunny (gasp), I thought great, we can do a walk for CT and/or the book.

Next was where to go – I have 6 destinations that need to be explored, but there’s a south east wind blowing that’s bitter, so it’s better to walk on the North Coast, away from the icy blast. I then thought of Padstow, but it’s half term so it would be crowded. So I decided on Bodmin Moor, and off we set for St Clether, and a walk near a Holy Well that I thought would be interesting.

“Great,” said Fiona. “It’s near Altarnun. I know that well.” So off we set.
Heading into the depths of Bodmin Moor, her car started bleeping – no petrol. As any Cornish dwellers know, petrol stations are few and far between on Bodmin Moor. After about ten miles of rather nervous driving we spotted a garage – but no petrol (only diesel).

After an even more nervous journey, we found another garage that did have petrol. Phew. We turned off at the Jamaica Inn turning, and drove along a beautiful valley with a stream on our left. “Perfect for cycling,” said Fiona as we drove along, lapping up the graceful sunshine.

Finally we came to our destination and parked outside the church, followed instructions about walking through the churchyard – but couldn’t find the granite posts that should have been there. We tried the other way but that led to the pub (hah!). Heading back to the smaller gate, I spotted the vicarage, so we knocked on the door, which was opened by a charming lady with grey hair and a blustering retriever, hell bent on escape. We proferred our map, explained where we wanted to go.

“Ah,” she said with a smile. “This is St Cleer, not St Clether. But there’s a holy well here, and we were walking on the downs this morning which is lovely.”

As we walked back through the churchyard, I got the giggles, thinking of a particular friend of mine who will be hooting with laughter when he reads this. I always tend to get lost on my walks, but getting lost before we start has to be a first.

So we ended up having a completely different, but one of the loveliest walks I’ve ever had on Bodmin Moor. It was truly magical; eerily quiet, with a hazy spring sunshine dappling through the trees, and the moorland so rugged and ancient: a world away from south Cornwall where I live. It really did feel like we’d travelled to another part of the world.

I came back home filled with the sense of spring: in my living room is a bunch of sweet narcissi that delight me with their cheery deep yellow and orange faces. A pink hyacinth’s scent is richer, more mature, like dark chocolate cake, or a cleverly seasoned curry.

I sat on my sofa, and reflected on the ironies of life. So that, my dear friends, is why I always take someone on my walks. With a sense of direction like mine, I wouldn’t even get there, let alone come back otherwise.

The Gig and Confidence 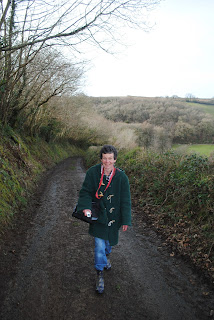 The weather's been too bad to take pictures recently, but this was taken several weekends ago on one of our Cornwall Today walks. The walker at work - with camera, tape recorder etc. Though Moll is ahead, nose in a cowpat probably. She rarely suffers from lack of confidence.

Thanks for all your good wishes last week. Thankfully, I woke up one night and found the heavy foot that had been sitting on my chest for the past week had lifted. I still coughed a lot but it was freer, easier, so I could start to sing again.

So that was a great relief, and the gig went really well. I have to say that my confidence in singing with just three of us stems from my friend Paul’s monthly parties in Mylor Bridge where he hires a hall, we all take food and drink and then sing or perform afterwards. The first time I sang with him and Janet I was so terrified I thought I was going to fall over, my legs were literally shaking so much.

But I got over that, and the next time was easier. And the time after that, and after I went wrong at Prussia Cove, and laughed it off, I thought, well that’s the worst that can happen and I survived it.

So on Saturday, while I was nervous, I got up on stage with Paul and Janet and thought, “this is going to be OK.” It’s a smallish stage but feels friendly, and I opened my mouth, and realised I was going to enjoy it. Which I did!

Confidence is such a tricky thing, I find. Lack of it has been my downfall for most of my life, so finally gathering some together is a real joy. It doesn’t take much to knock me down, but at least now I have stakes to hold onto and haul myself back up. I have (in no particular order) my work, singing, some very special friends and boating.

What do you use to pick yourself up with? 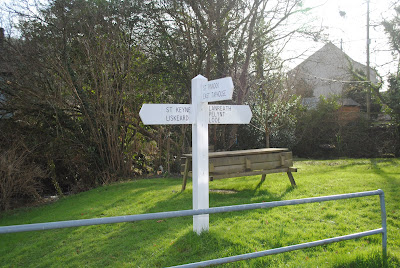 I was congratulating myself on not having succumbed to any lurgies when I wrote the post last week about our wet review weekend. Hah! Since the weekend I have been wheezing like a chain smoker on 40 Players a day, and am astonished by how much I’m sleeping.

It appears to be a chest infection, something I was well used to in the days when I smoked heavily – which I’m glad to say was nearly 20 years ago. Since then my lungs have remained germ free but a particularly tenacious bug seems to have settled in there. Sometimes it just makes my chest feel tight, but if, like last night, Paul made me laugh too much, I started coughing and couldn’t stop. So I blame it all on him…

We have a big gig at the Poly in Falmouth on Saturday, though, so I am desperate to be well enough for that. Three of us are singing a couple of numbers which we’ve been rehearsing for weeks, and it would be too unfair not to be able to perform. Although the mere thought of it sends me into spasms of terror.

So think of me on Saturday evening. I will either be wracked with nerves, and spluttering quietly in a corner. Or wheezing and grinding my teeth at home. I hope, knowing me, it will be the former. By hook or by crook…..