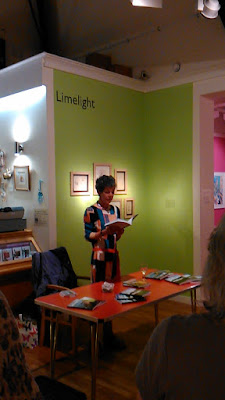 One of the pictures from the book launch which was great fun - and I'm so grateful to everyone who turned up on such a beautiful evening when we could all have been sitting on the beach or having a barbecue.

Anyway, a good time was had by all and also thanks to all those who bought books! 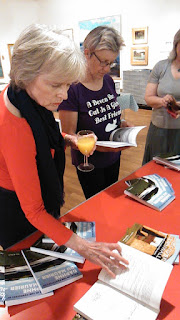 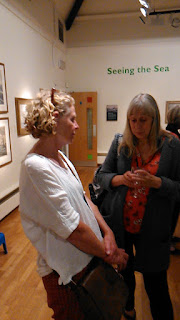 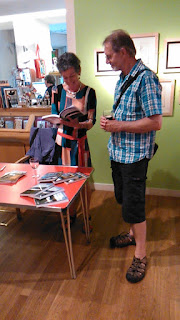 The next event was the book signing at Waterstones which also went well courtesy of some lovely friends and people wandering through Waterstones. Afterwards we went for lunch at the Arts Cafe in River Street which was lovely and a good end to the morning.

And this Friday and Saturday I'm at the Great Estate Festival at Scorrier doing Meet the Author sessions. I don't honestly expect anyone to turn up but I may be pleasantly surprised - and you have to have a go, as they say.

Then on Sunday evening we have a singing boat trip, going up to Mylor Yacht harbour where we will sing, then go and share some food and have a glass or two. And by then I will want to go and sleep for a long time...! 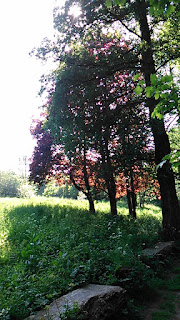 Book launch and other book stuff 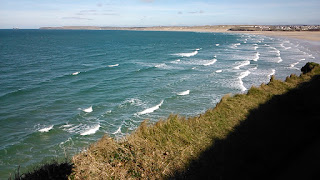 Apologies for leave of absence. I've been stricken with a horrible flu/cough/cold lurgy and it's taking me ages to shake it off so that's why I've been so quiet for so long.

But I'm now gearing up for .... drum roll... the book launch of WALKS IN THE FOOTSTEPS OF DAPHNE DU MAURIER. For anyone that doesn't know, it will be next Wednesday, 23rd May at Falmouth Art Gallery from 6-8pm so do call in - and enjoy the exhibitions there as well - and have a glass of wine and buy a book or two even!

I'm also going to be signing copies of my books at Waterstones in Truro on 26th May from 11-1 and will be at the Great Estate festival at Scorrier on Fri 1st June at 16.10 and Sat 2nd June at 11.15 to talk about the book, give some readings etc.

I quite enjoy book publicity - it's nerve racking when people don't turn up, but usually the prospect of a free glass of wine lures some along, while it's a mark of good friends who turn up to other events. But as a dear friend said once, "keep hopes high and expectations low" and that way you're not disappointed. I agree, that's quite a difficult balance, but sage words.

This book is also special because of a singing friend who died earlier this year. As he was a keen walker as well as a fantastic singer - and also an amazing writer - I wanted to do a walk in his honour, but couldn't decide which was right for him. So as time was short, I added him to the dedications in the front of the book. It was such an emotional time that it wasn't right to ask his daughter and the family, and afterwards, I panicked, in case they were upset. Thankfully they took it in the spirit that it was offered - a special tribute to a very special man. And a way of keeping his love of walking in Cornwall very much alive. 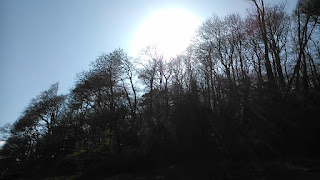