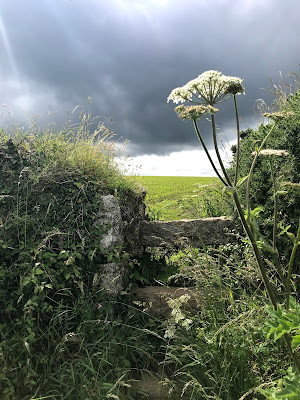 Tomorrow I am off to see my mum in her care home and also meet up with my dear friend, Av, whom I haven't seen for 18 months now thanks to lockdown, so it will be a joyous reunion.

We are taking Mum out for lunch, then staying at a B&B in Totnes - a new one for Lainy who will, no doubt, be a bit wide eyed at it all, but I'm hoping that with her familiar things around her, and me, she will be fine. Av has already fallen in love with her, albeit through photos, so we're looking forward to a few quiet walks and some picnics with Lainy.

Totnes was also the residence of the great Mary Wesley, whose novels I have read time and time again - my favourites are The Vacillations of Poppy Carew, and Harnessing Peacocks. I never tire of the wonderful characters that jump off the page, the fantastically intricate plots, and her completely unique approach to novel writing. No one since has ever come close to her stories, I don't think.

My mum used to work in a second hand bookshop at the top of Totnes many years ago, and Mary Wesley would often call in there. She was quiet, very modest and always interested in books. Very different from the characters that she wrote about.

So while we are there, I will take time to think about her work. About what made her books so special. And try and take heart from the fact that she was 70 when her first adult novel was accepted. Let's hope I make it before then! 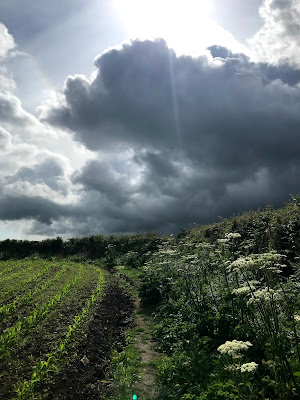 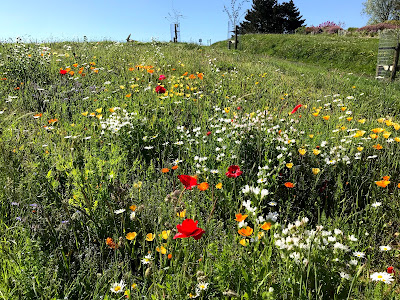 I heard Fern Britton being interviewed a month or so ago about her novel, Daughters of Cornwall, which was coming out in paperback, so I made a note of when it would be available and bought it.

All of Fern’s books that I’ve read so far have been contemporary so it was interesting to read this which has three timelines - First World War, Second World War and present. And Fern has put a lot of research into this book.

What I found fascinating was that this was based on her own family’s secret: that her grandmother had given birth to a son that no one knew about.

It turned out her grandmother became pregnant when she was eighteen during WWI but because she wasn’t married, her son had to be fostered. She saw him in secret and sent whatever money she could for his keep, but when she met Fern’s grandfather and had a family with him, communication ceased. She didn't want her husband to know, because of the shame, but she evidently spent the rest of her life missing him, for just before she died, she told Fern’s mother that she’d been very wicked.

When Fern was 23 and working for Westward TV in Plymouth, a man got in touch asking if she was Ruth Britton’s daughter, and if she had a grandmother called Beryl. When she said yes, he replied that he thought he was her uncle: that her grandmother was his mother.

It seemed such a shame that her grandmother had carried this guilt around with her all her life, and never seen her son as an adult. So this formed the inspiration for Fern to write this novel, although a lot of it is fictionalised. She says, “I wanted to show that my grandmother had nothing to be ashamed of, that she had done nothing wrong. I hope I’ve done her story proud.”

The descriptions of the wars were often horrific but gave a true sense of what really happened both for those fighting, as well as for those who were left at home.

She also dealt with some of the mental health problems that occurred - a man’s dependence on alcohol to help him deal with the horrors that he endured and witnessed - and the help and care he received to help him overcome his problems. I fear too many didn’t get help and carried on suffering all their lives.

These are all strong women - loyal and hard working who proved they didn’t need men. I liked the strong link between mothers and daughters that was woven through the book, as well as the fact that most families have secrets. What secrets do we all tell in order to survive, and protect those we love? Like many good stories, it is about how these characters survive love and loss, and keep their heads above water.

I like the way the cycle of unplanned pregnancies is broken at the end, and by he way we are drawn into the lovely warm community of Callyzion. So if you're after a good read this summer - here's a recommendation. Even better, knowing that it's based on Fern's grandmother. 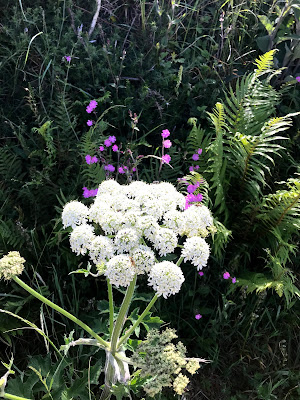 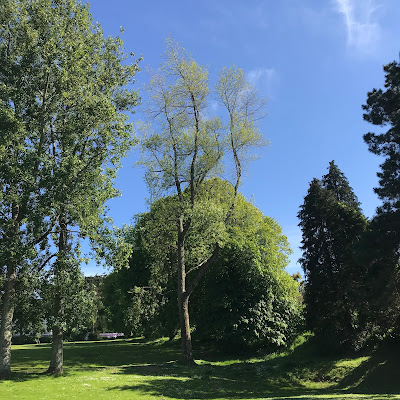 Apologies for long delay but I had a week's caravan trip in Coverack at the end of the month, which was a lovely break. The weather left a bit to be desired on several days, but it was good to have a change of scene and different walks. I also had the unexpected addition of meeting up with a new addition to my life every other day, and it was good to spend more time together.

But sleep was in short supply, not helped, I think, by my reading matter. Life After Life, by Kate Atkinson, is an incredibly clever book that examines what would happen if there were an infinite number of choices of how to live your life? How she thought about constructing and planning that book makes my head spin - there's no way I could do that. And some of the content was harrowing, which probably didn't help my sleep pattern. In fact, Jac told me firmly to Stop Reading That Book, so I did.

Instead I read Fern Britton's Daughters of Cornwall which is based on the true story of what happened to her grandmother's son, ie her uncle. I will report back and review that in another post, but wondered if anyone else had read it and what they thought?

But back to the title of this post - you see how easily I am distracted. This morning I finished the first draft of the novel I am currently working on. I know it needs a massive amount of work on it, and I can't decide whether I'm pleased or not, as I'd kind of written the ending as a short story some time ago, so I knew how it would end. Anyway, I've decided it is an achievement, though I feel it will be much harder to edit it than write it. The good point about that is that courtesy of my journalism years, I actually enjoy editing now, whereas I never used to.

I've just started reading PUSH, a very interesting book about motherhood by Ashley Audrain. Excellent so far, and I'm only a few chapters in.

I might also have some work using a different type of writing, but I am waiting to hear on that. So as I return from my break, it's lovely to have several new things to look forward to. Spending more time with a new friend, working on editing both novels and a possible new writing project. 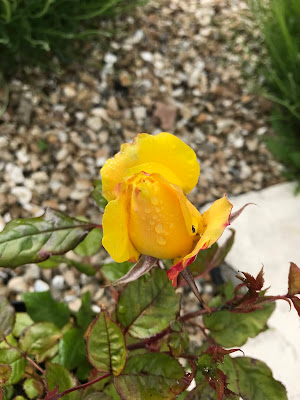