Three Cheerful Things - or at least, less depressing than the current news 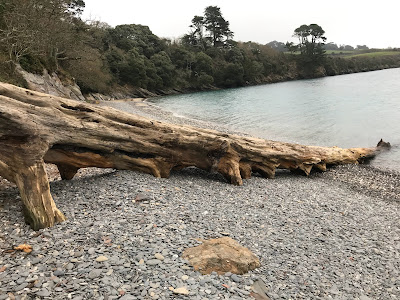 Well, I don't know about you but I've had to turn off the news as the latest Covid stuff makes me very anxious. Yes, I've had my booster but it looks like we'll all get it if we haven't already had it, and there seems precious little that's cheery on the horizon.

Or is there? Well, on reflection, yes. Last week while waiting for my van to be MOTd a friend took me for brekky at the Lakeside Cafe in Helston - lovely food and as safe as it's possible to be with door wide open and a woodburner at the other end of the cafe. I was a bit chilly by the end of our meal but at least we were safe.

The idea was to get some bowls valued that my mum gave me but the guy at the gallery in Marazion had a note saying Closed please come back soon. We did but he still wasn't there, so we took Lainy for a walk and found Friendship Wood - how lovely is that? And then later on, we stopped in Helston and I found a really fabulous coat in one of the charity shops for a tenner - and I've worn it every day since. 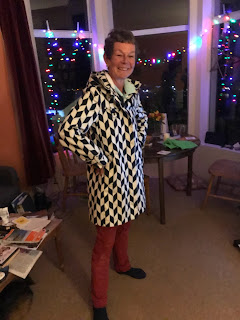 We had a select party for four Sagittarians on the Sunday which was interesting and that is my only stab at festivities. I've been invited to others, but don't feel it's a good idea to mix other than on walks, so that's me having a quiet time. However, my fella and I will be spending Christmas Day together (covid and weather permitting) which will be lovely. Neither of us like making a big deal of it so it will be us, the dogs and plenty of walks, food and telly.

As for book news - well, my editor is having a look at my revised first three chapters plus covering letter and synopsis which will be a great help. We're not sure about the exact starting point of the novel, so I await her comments.

So to everyone out there, keep safe, hope you have enough to read and drink etc, espeically if you're isolating, and let's keep our heads down and help each other get through this dismal time. Follow Lainy's example and have another kip. Onwards.... 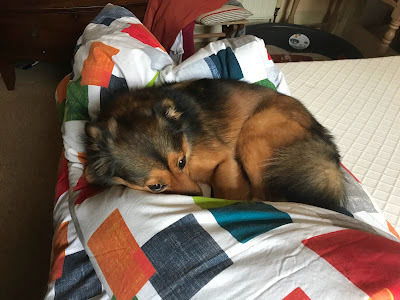 The C Words and other trials 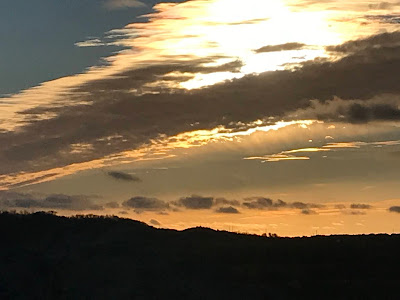 As I write, Lainy and I have just returned from a walk in the first blast of Storm Barra. Typically, now I've returned home and had to change - why are waterproof coats never, actually waterproof? - the lashing rain has stopped and the fierce gusts of wind are taking a breather.

However, it got me thinking that life is really throwing everything at us, isn't it? Not just covid - I've got to the stage where I try and avoid listening to the latest rise in cases in Cornwall, let alone the latest variants, as it's too depressing - and the rising cases of homelessness, particularly in Cornwall, but well, everything in the world seems to have gone bonkers.

Three of my closest friends have broken a shoulder, a leg and a foot (only one each, not all three), all of which take ages to recover from. Climate change is having a winter hissy fit with all these storms and I really feel for the poor people in Scotland and up north who have had days if not over a week without any power.

Then we have the added pressure of that other C word - Christmas. As my close friends know, this has been a sticky time for me - anorexia, my dad was dying of cancer when we were much younger, and then my Pip died on Boxing Day. Then I was involved with someone who frequently had family commitments away from Cornwall so he wasn't here. So it's been a bit of an uphill battle for most of my life.

However, this year I am glad to say I don't actually have that sick, gut churning dread when I think of the festive period. I despise the ruthless commercialism of it, but I don't get involved in that side of it anyway. I have had several invitations for meals, whether on Christmas Day or another day, and hoping to spend a bit of time with the Fella at some point. Of course having said that, I'll probably spend it in bed, being ill, and frantically begging people to walk Lainy for me, but at least I have a few friends I can call on for that. Whether she'd walk with them is another matter, but we won't go there now.

In other matters, I am continuing to edit The Rescue, and hoping to start sending it to agents in the new year. It's a bittersweet book to edit, given the two canine friends, but I hope it's a real tribute to Moll - and to Lainy of course, albeit for her brief appearance.

So here's to our books, whether you're reading or writing them. And a special thought for all those who are having a really difficult time this winter. 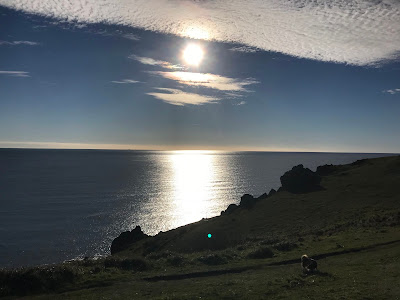