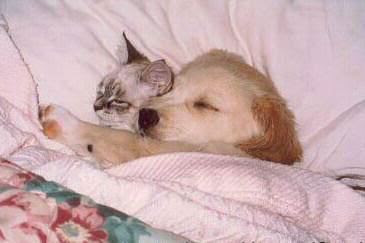 First of all, many thanks to everyone for their very helpful comments regarding printers. I now have a Xerox Workcentre 3119 laser printer which I am in love with. It printed the entire novel in under half an hour, and is also a printer and a scanner, so at the moment it can do no wrong. It was also in my price range which is even better.

On the other hand, I am unable to receive emails at the moment - a problem with BT I believe - so if you're wondering why I haven't responded, blame it on BT.

But to other matters. A few weeks ago – in the days when we weren’t awash with rain and gale force winds; when we could count on walking our dogs in a degree of comfort, and warmth. When I started getting a brown face from the sun, so that no matter how wobbly I felt inside, people said, “you do look WELL.”

As I was saying, back in those clement days, I walked Moll up from the beach at Swanpool along the coastal footpath and up to Stack Point.

It should be noted that, according to my hairdresser Jill, who grew up in Falmouth, if you wanted to indulge in teenage fumblings, you would go Up Stack as it was known. Being an innocent, I didn’t know that at the time of my walk. And as I’m a long way from being a teenager, it doesn’t count.

So Moll and I strolled along in the sunshine, she sniffed the ground and bounded along and I picked honeysuckle and watched the ships anchored out in Falmouth Bay. The sea was ruffled with the gentlest of breeze, and the ships looked like items on a wedding cake, cemented by icing.

Then I came to a hawthorn bush with a small message pinned to it. It was written in uneven capitals, and said something along the lines of
ME AND MY WIFE LOOKING FOR PEOPLE TO HAVE FUN SEX
HERE IS PICTURE OF MY WIFE. SHE 53 AND LIKE FUN WITH OTHER PEOPLE.
YOU LIKE FUN TOO?
RING THIS NUMBER – WE LIKE TO HAVE FUN WITH YOU!!!!

I picked up the paper and looked closely at the wife. Frankly, she didn’t look as if she was having fun. She was clad in – well, not very much from what I could see, but the photograph wasn’t very clear. Her smile seemed somewhat strained. As if she was saying, “Oh God, not again”. Or perhaps she was shy and didn’t want to admit how much she did like sex with strangers. Or perhaps she’d just had one orgasm too many and was wiped out… Or perhaps she had indigestion, or was worried about how to pay the electricity bill.

After some consideration, I put her back on the hawthorn bush. And started wondering. Did the husband really pin that message to that bush? If so, why there? True, there’s a certain amount of passing traffic, but most of those passing are Serious Walkers – though of course that doesn’t preclude them being into Serious Sex. Or even Fun Sex with Strangers.

I wonder if anyone did ring her, and what happened. I don’t suppose I shall ever know, but that doesn’t matter. I have enough material for several novels by now.

The next time I walked along there, she’d gone. Not that I was checking, of course.
Posted by Flowerpot at 09:40

You do make me laugh FP! It makes you wonder, doesn't it?

I'm glad you've got your new printer and you've printed your novel successfully.

RT - thanks - and thanks so much for your offer of help. It really was much appreciated.

I cannot receive emails either and I am with Virgin - they have a recorded message - so there is a spanner in the works somewhere! Love the photo.

lindsay - mine have come through now but perhaps there's something in teh ether. Or something! Hope yours sort soon.

i can now receive but not send!

Virgin now up and running!

lindsay - glad your problems have sorted. So have mine I'm glad to say.

Crikey, if you go up there again Flowerpot take your camera ((wink))

This is such a funny post. You do write brilliantly well you know. And that picture - too cute.

Ak - of course I will. Nothing like photographic evidence. Or do you mean you don't believe me?!!

Fiona - thanks for that. The picture came from the singer in Himself's jazz band. she sends him all kinds of emails, and manages to find wonderful pictures - I've no idea from. Ruth? Where?!

That was funny about the poster. I wonder if she was forced into it by the man who called himself her husband.
Glad you got the printer sorted out & hope your email connection is working soon.

Loved the picture too.

hi mate, this is the canadin pharmacy you asked me about: the link

rosiero - yes it's a lovely one isn't it?

Nought so queer as folk. That really had me smiling.