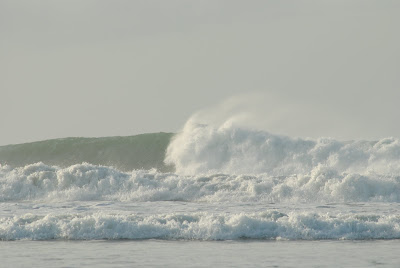 I’d been planning to write something else, but was wide awake at 3am thinking about my visit to Godrevy last week and emotions. This is not a post about grief, but about those emotions that we all have. Love, hatred, desire, jealousy, to name but a few of the stronger ones.

Being oversensitive, I’ve always been swallowed up by my emotions. They’ve tended to rule my life, like a greedy dictator, so I always ran from them. When Pip was very ill, and it latterly became clear that he wouldn’t make it, I was terrified, not least because I’d watched my mother endure my father’s death at a similar age.

But after he died, and I wept my way through those early days, I began to realize that grief is not to be feared: it is nature’s way of helping us deal with loss. Instead of running from it, I took a deep breath, as if I was diving underwater, and swam into it. To my surprise, it was much easier to deal with loss head on.

It is so easy to be overwhelmed by these rollercoasters of feelings that we all have. Some are marvellous and catapult us joyously into the air, so we soar like seagulls. Some fill us with a steady, contented glow. Others leave us stranded and gasping on a lonely beach. I see emotions as being like the sea: they need to be respected. If we can befriend our feelings we can enjoy them and make the most of them, instead of being frightened by them.

In my case I write about them. (The happy ones too.) I sing about them. Or, like the wave above, take pictures of them. Others – who are more visual - may paint, draw or sculpt them. Some dance them (though I only tend to do that after too much wine these days). I find the important thing is to do something with them, and remember that life has crap times and much better ones.

Joy often comes suddenly, as it has recently. An unexpected phone call. A spontaneous visit to the beach when the tide’s out and the surf’s up. A clear sunny day. An email from an old friend.

Over the past few weeks I’ve noticed a fleeting feeling - as if I’m sitting on a sun dappled lawn. Or basking in front of a fire. A sensation of inner warmth.

I wondered what it was at first. And then I remembered. It’s little sparks of happiness.
Posted by Flowerpot at 10:02

Beautiful post...so life affirming. Thank you for this little spark of hapiness.
lx

Thanks Liz! It's very nice to have some!

I feel as if I have lived this period with you through your lovely posts, even more so since I discovered I am the same age as you. I hope you continue to find even more sparks of happiness. The loss will always be there, but I hope happy memories and delightful experiences continue to make it more bearable. Big hug. Mx

That is lovely. I'm so glad you're able to start feeling happy again (even if the feelings are fleeting to begin with!)

I've just caught up with your previous post too - here's wishing you every success... you'll feel more than a spark if you win! Good luck.

Everyone has their own way of dealing with grief FP. Dealing with my Father's death I face it head on and choose to remember the good times, only occasionally being caught by that lump in my chest. It may seem wierd to others but it works for me. You seem to have found the best way for you, well done. Lovely post m'dear. xxxx

Ak - this wasnt supposed to be a post about grief actually! But thanks anyway!

Chris - I'll be an exploding firework anyway on December 1st, I'll be so nervous. If I won I'd decombust I think!

Jane - I've had some lovely happy feelings recently actually. I don't like to tempt fate though....

Morton - thanks so much for that. Sparks can only be good, and good experiences are wonderful!

Dear Sue
Beautifully expressed as always. May the sparks come along more and more frequently to keep you warm,
much love
Sally

Oh thanks, Sally, so much! Many thanks for the lovely baking last Thursday. All gone now and thoroughly enjoyed! Talking of keeping warm, wasn't it hot on sunday night? Not that I'm complaining. Lovely sing.

This is gorgeous. Loved this post and the beautiful imagery...wow. I especially liked how you viewed grief - to be embraced - because you're right - it IS our way of coping.

Melissa - thank you so much for that. It's good to know that my ramblings make some sense!

That's a stunning photograph. Those emotions are all too real when we lose someone we love. The rollercoaster overwhelms us but we always manage to get off at the finishing point. Beautiful post.

Totally agree. Grieve as though your life depended on it - its a natural process. Glad to hear that you're feeling little sparks of happiness.

Colette - actually some of them are quite big sparks which is even nicer!

CJ - I can only thank the camera for the pictures - the waves were fantastic that day. Godrevy has to be one of the best beaches ever.

You explain your emotions so beautifully and are truly inspirational to me. x

What a wonderful post. As one who is swallowed up by emotions, too, it's something I can learn from.

Talli - having written that, of course it doesnt mean I always follow my own advice!