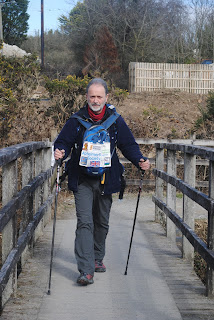 Brilliantly put Sue. Please may I crib some of it for a blog post some time soon? We are sorry that we are going to miss the Peace Mix. See you soon.xx

Sally - of course you can. Just sorry you can't come on Sat XX

Thanks Rena - he is amazing isn't he?! XX

I'll look for Paul on Twitter too. What a worthwhile mission.

Thanks Chris - he will be pleased!

Have left Paul a message & wish him well for his walk.