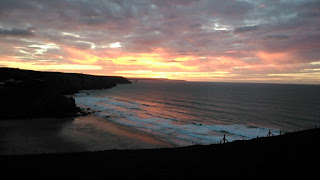 I'm not quite sure why the end of this year was so dire, but in large part is due to huge volumes of water cascading from the sky accompanied by gale force winds that have been hitting the south west since Christmas Day. I've given up listening to the weather forecast as it's more of the same.

Then there's that awful feeling of having to drag ourselves out of bed for work, having been idly cocooned in duvets with no special get up time at all for what seems like months but is only a week. It's amazing how quickly the brain can atrophy, isn't it? One minute, if not sparking on all cylinders, at least it was working - then - bang - complete shut down.

So no, as I said to a friend suffering similarly yesterday, I am not making any new year resolutions. Getting out of bed was quite an achievement. To actually get some work done after that was nothing short of a miracle.

So my motto for January is to Keep It Small. Getting out of bed is a good start. Eating breakfast - excellent. Walking Moll first thing - part of my wake up routine. Though bless her, she has something wrong with her left back leg so have to take her to the vet later. Enough of that - think positive.

Next step - turn on computer. Brilliant! Transcribing a walk - brilliant. Making a call about an interview - my god! I think a few brain cells have woken up from hibernation. And frankly, whatever works is good. And if it doesn't, well, it will again soon.

I remember reading a piece when I was once having a really tough time and it advised to get out of bed. And breathe.

Sometimes that's all we can do. And you know what? Sometimes that is a hell of an achievement. So whatever you aim to do in January - Keep It Small. And achievable. And celebrate just putting one foot in front of the other. That's one hell of a good start. 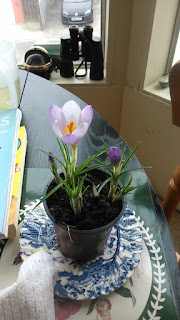 I'd agree to all of that. Happy New Year!

And to you, Addy!