Camping - and a tick saved the day 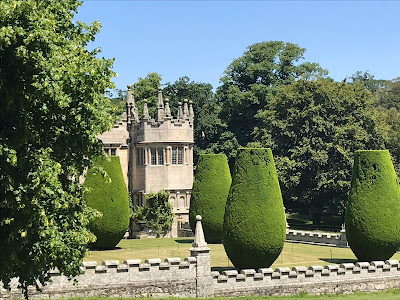 We had a lovely break up near Cardinham on a quiet campsite encircled by tall trees, looking out over a tapestry of fields, woods and two elderly donkeys. A perfect little place with very friendly owners and visitors.

I was a bit apprehensive about how the dogs would get on, but luckily there were no mishaps - forward planning has a lot to answer for - although on the Thursday Twig went missing at the end of a long, hot walk, and we didn't find her for about 45 minutes. You can imagine how we felt, then the huge relief felt when a dirty little face burst through the brambles. It was worth getting stung all over, to get her back.

Then that evening, Lainy had a pop at the Fella. He was only going to give her a cuddle but he did get a bit close to her face which is a real No No in Lainy's book and we were both shaken, mostly I think because we were exhausted and worried sick over Twig, so I burst into tears and he was worried at how upset I was, and what might have happened if she bit a child.

There are potential dangers with any dog, especially a reactive one. But as Lainy always wears a muzzle in public, she can't inflict any damage, and I am super careful whenever we're out, especially round children, so I do my best to rule out as many disasters as possible. Even so, I was very shaken and we were both a bit wary of her the next day.

On our way home, the following day, I discovered a tick on Lainy's leg. The Fella said that Vaseline helped smother them, so I put some on and then had to try and get the tick out - no mean feat. Most people would have let me struggle on my own, once a dog had tried to bite them, but he suggested we got her on her back, and he calmly held her while talking to her soothingly. She looked a bit startled, but she obviously trusted us both and just stayed utterly still while I poked and prodded at the darn thing till I got it out. She then jumped off his lap, shook herself and ran round the garden a few times. Job done.

It has to be said that neither Twig nor my Moll would have behaved so well. They would have growled, bitten and been utterly impossibly terrified, so hats off to Lainy for being such a star patient. And to the Fella for being so brave. We've all learned from the experience and moved on.

It's ironic that it took a tick to save the day. 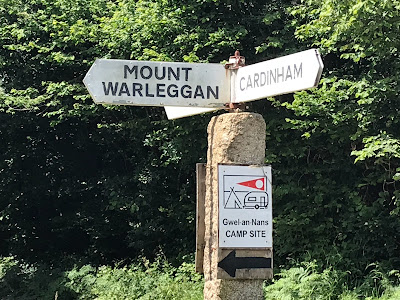