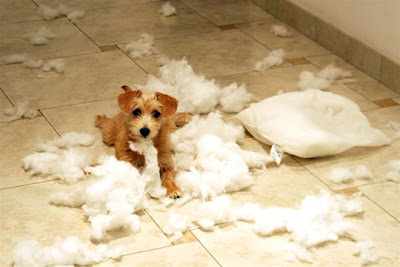 I've had a busy few weeks – lots to do with a new novel writing group, which has provoked lots of thought about the novel and where I'm going with it. Diverse opinions from others – some published, some not – about it which can lead to confusion. But at the end of the day this is my book. And it's up to me to write it the way I feel is best. Publication can feel so near yet so far – but hearing the news that ChrisH has finally got a contract is very cheering for all of us Not Quite There. Well done, Chris! You've shown us there is hope...

On the paying front, I've interviewed a humanist who really made me think about life – and death. He became a humanist after his son died at the age of 4months, very suddenly. He felt that a religious ceremony for someone who wasn't religious was wrong, and formed a Cornish branch of the Humanist Association, and set about persuading funeral directors to allow him to take funerals. From there he now does weddings and baby namings.

In case you didn't know (and I didn't), humanists don't believe in an after life – this is what you get so you must make the most of it and take responsibility for your actions. But they also believe that we should help each other, and that this is the way for humans to succeed. I very much agree – though mankind seems to be heading in the opposite direction with gusto.

This fellow – called John the Fish, from when he was a fisherman, has been at the forefront of professional folk singing in Cornwall for many years. He's also been a clog dancer/maker, a leather craftsman, a broadcaster, an engineer – you name it there's not much he hasn't done.

Every time something has gone wrong in his life, he simply does something else. “Doors always seem to be opening if you look for them,” he adds. “I think we have to accept what comes and turn it to our advantage. You need to look for the positive rather than the negative, which isn't always easy to do.”

Wise words that I will endeavour to remember.
Posted by Flowerpot at 09:03

Well, I agree with John the Fish, but it's difficult to trust that everything will work out - especially when you're up against it. I think its important to find a still place in your life where you can listen to your inner voice (oo-er, sounding a bit freaky now). Why? Because, in the end, we are the experts of ourselves. Once you're centred, you're in a better position to understand others. Phew! Bit early in the day for my take on life! But I'm also a firm believer that this is what we have, so we'd better make the most of it.

On the publishing front, thanks for your good wishes. We seem to have had quite a lot in common besides our tins of chocolate, so your turn WILL come, Fp.

I think I have just discovered I am a humanist, and never knew it. I agree with those sentiments so much. However, a lot of the really crap things that have happened to me did not have a positive side to look at, could not be turned to my advantage... how do you turn the sudden death of your husband aged 29, to your advantage? Impossible. But it has given me food for thought indeed, to the point that I am now going to look up the subject of humanism. Thank you.. it does us good to have our minds stretched.

As a PS, have discovered that Polly Toynbee is President of the British Humanist association.

Years ago the Humanist society had advertisements on the side of First buses here in Norfolk, which said 'There is probably no God, so stop worrying and enjoy your life.' They said they never intended to offend anyone, but that's just what they did. Were they right to advertise their views like this?

Chris - I agree with what you say but there are times when I really don't feel centred and then it's difficult to know how to deal with life. Thanks so much for your publishing encouragement!

An interesting post Flowerpot. I am not a humanist, I do believe in an afterlife but I enjoy hearing other's views. :)

PFG - I know those ads offended a lot of people - but I suppose you could say that was good advertising in that it worked. Not sure I agree with what they did though.

Debs - yes I adore that picture!

Ak - I'm not entirely sure what I believe in, but it was very interesting hearing John's views.

Looking for the positive reminds me of Pollyanna playing "The Glad Game". That viewpoint always helps you cope with problems.

I dont remember that Rosiero - but if you can think of the positive it does help. However there are times when you wonder where or what the hell it is...

They are wise words, even though I believe strongly in an after-life.

And definitely well done to Chris - very much deserved.

Can't wait to read the article, FP. And there's definitely something about taking responsibility for our actions, and definitely agree with making the most of life.

don't you think writing about future is a good idea ?
It generates curiosity and increase knowledge
predictions something like that

Very poignant words. I agree fully with John the Fish.

Yes, better to have "the glass is half-full" rather than half-empty attitude.