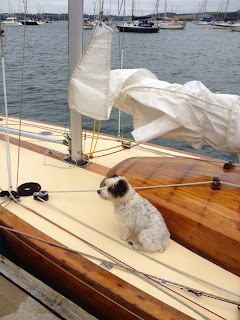 Being landlocked is no fun. We are still trying to fix our ******* engine so that we can get out in this glorious weather. T will probably be off to the Scillies before we are able to ask for tuition. See you Thursday, I hope. :)
PS loved your talk!

Glad your festival was a success and lucky you to have a swim at Penzance...was that the sea pool that was devastated during the storms? My daughter's friend Michelle was trying to raise funds to get it restored and not getting much help from the local authorities,
Your friends will be home by now so I hope you can get sailing again,
best wishes,
Di.x

Well Sue,
two very different talks and experiences. I'm sure that you did well.
Would love to have had a swim in that lovely water, it must have been heaven. Unfortunately the only "fresh" water around here is the local canal & clean it isn't.
Take care

Hope you enjoyed your time on the water. I'm sure you will have because you seem to love it.

Unfortunately dinet get out as Al had to go, and I've had a gummy bug. But we will soon!

Di - yes the Jubilee Pool is sadly still closed but they're trying to raise funds to get it open again. It's beautiful and so sad to see it shut.

Sally - good luck with the engine but give Tony a ring anyway. thanks so much for coming to the talk - I was so very glad you were there!

Well done - you did it and I'm glad you had an appreciative audience. We swam this week too - such a lovely feeling on a glorious day.

Chris - swimming is wonderful at the moment isn't it?