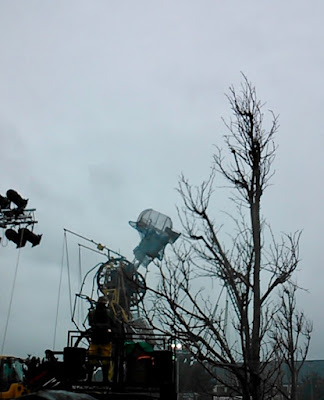 Life rather overtook me last week. Easter was crowned by singing in the Man Engine choir which was an amazing experience - although somewhat marred by rain and freezing cold. But it was still an incredible experience and so touched by how many people turned out, despite the weather.

On the Monday I returned from a walk and found one of my teeth very wobbly. Uh oh, I thought, and summoning courage, rang the dentist on Tuesday morning. I had a feeling it would have to come out and sure enough, on my second visit of the day, it was removed. Chewing is now somewhat of a challenge but I have to wait a few months for the gums to settle before we can decide what next to do. Talking to Tony yesterday, he has an implant and thoroughly recommends them, though the cost is high.

That evening (of The Tooth) I began my first Yoga For Lower Backs class, which is brilliant, particularly as I've been having more problems with my back of late. Just as well, as the following day we had a funeral for a singing friend who died from bowel cancer far too young. He was such a talented, funny, clever man who will be sorely missed. Not that I'm religious but you do wonder about life sometimes. Why him and not some murder or rapist? That was a rhetorical question, by the way.

So this week I am struggling with another bad back spasm which thanks to yoga exercises has lasted a much shorter time than last. It doesn't have make you miserable though - which was probably what caused it in the first place.

But last night I was lucky enough to be taken out for a fabulous meal by a friend who has my undying gratitude for being such a rare, kind and understanding man. I'm struggling to write pitches, rewrite a piece on Peace Walkers and finish my last walk. Then there's singing tomorrow and a Folk evening coming up.

Here's to spring - whenever it chooses to arrive - and seeing the first swallow last week... 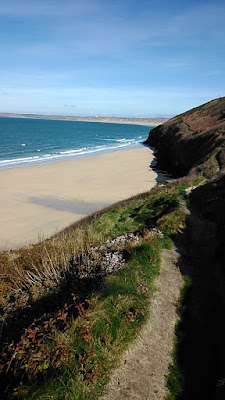 They say warmer weather is on its way next week. Fingers crossed it stays. I had a tooth extracted in hospital 3 weeks ago. There's been complications and I am still not back to normal. Eating through a straw is no joke!

Oh Addy it's no fun is it? Bloody teeth - or lack of them!

Teeth!!!
My Hubby has just spent 1000 pounds after an emergency extraction and he's at the what shall we do next stage. He needs 3 implants and the cost is horrendous.
Glad you had a good experience with Man Engine. I think the weather was horrendous all over this Easter.
Sorry to hear of your friends passing. Cancer, indeed death is no respector of life is it?
Take care Sue

Kim - oh my god your poor husband. Dentists are so expensive aren't they? If I go ahead I will need 3 implants if I am suitable for them but my dentist did say it's not as expensive if hou have them done at the same time rather than three individual ones.
Best of luck x