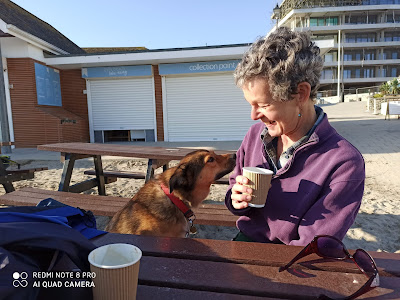 Like many people, this year I had Plans. I was going to go on holiday! Unlike a lot of people, I was extremely fortunate in being able to get my writing retreat in before Covid and for that I am more grateful than I can say. And sincere condolences to all those who missed getting away.

I'd also planned to go to France with some friends for a long weekend. I'd booked four short breaks courtesy of those special offers if you collect vouchers from various papers. Hah! Though one is still a possible, hanging on by a thin thread of hope and optimism.

They say that things often come in threes - bad luck that is. (I'm not sure about good luck, or perhaps we just don't notice it as much.) Anyway, last Friday I had an email from my business partner because some design work that was long overdue had arrived and wasn't what we'd hoped. Then I had an email from somebody regarding the possible sale of one of my books in Germany - well, it looked like that was a No No. Then a phone call from the caravan park where we were due to stay in November, saying that because of rising Covid cases, they've decided to shut the park for November and December. Oh, and to get a refund I had to contact the agent who then said they couldn't pay it without a Request for Refund from the park who said they'd already sent it - etc. etc. With luck we might get our money back in 28 days....

I think you can imagine how I felt. But the sun shone and I had a walk with a new friend and her dog and I thought bugger it I will not be beaten. Various friends gave very interesting feedback on the fact that Rosamunde Pilcher TV films are being shot here in Cornwall and will be aired in Germany next year, so all is not lost. Or at least that is still - maybe - a possibility. I've also found another caravan park that would be willing to take us. This required some effort, as most caravan parks in Cornwall seem to be closing quicker than you can say Sod It.

Of course we might all be in lockdown by mid November, which is when we were hoping to go, but I always feel better with a bit of optimism on the horizon. Don't we all? I've had two rejections for my novel but it's out there being looked at other agents, and I've had an offer of guidance from someone in the business and I am SO grateful for that.

So I guess the motto for this long ramble is that when it looks like the shit's hit the fan, don't give up. With a bit of perseverance, there might be some good news - somewhere. It just takes a bit of digging to find it. (Of course in a few months time when I'm weeping over yet more rejections, I might say what a load of bullshit. But at least I can self publish.)

So keep going folks! And here's some Vitamin Sea.... 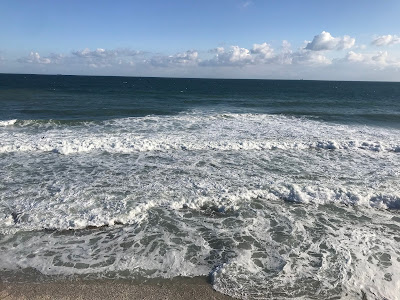 It is hard to keep spirits up after so many months of semi-hibernation. Trying to stay positive, but it's not easy. The only consolation is that we are all in it together.