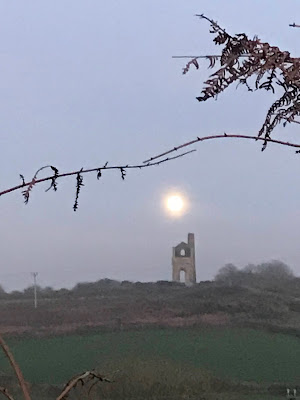 Last week I finished The Vanishing Half, by Brit Bennett. I can't remember how I heard about it, whether it was from a review I read or the TV programme Between the Covers, hosted by Sara Cox, that's been on recently. Anyway, I ordered it from the library and it was one of those slow burn books, but in a good way. What a writer!

I so enjoyed this novel which is about identical twins and their identities. There's so much in this story, which is set between 1968 and 1986 and starts off in a small town called Mallard which was founded by a man whose "skin was white but would never be accepted as white and refused to be treated as Negroes".

While one of the the twins disappears, without telling her sister, to marry a white man who doesn't know her background, the other twin struggles with her loss of identity through losing her sister, and falls into an abusive relationship. The story follows the contrast in their lives and is a fascinating tale of race, gender and identity.

As soon as I'd finished it, I looked up to see what else she's written - The Mothers. So that's on my reading list.... Any of you got any recommendations? 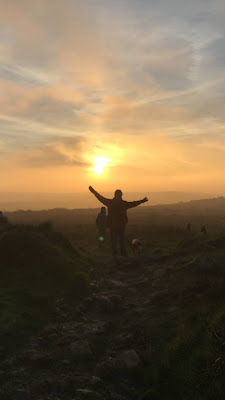 Oooh, I will have to look out for Brit Bennett books, sounds interesting. Love that last picture, looks like you’re at a summer solstice party.

I’m enjoying reading a barking mad book with the kids called ‘Nevermore: The Trials of Morrigan Crow’, with a wonderfully eccentric character called Jupiter North in it. In my own book pile and not sure what to pick next: The Orchard on Fire (Shena Mackay), Three Cups of Tea (Mortenson and Relin) and The Curious Incident of the Dog in the Night Time (Mark Haddon) ??? Lulu x

Hi Lulu - yes it does look rather like a solstice party! Jupiter North - what a great name. I've read The Orchard on Fire a while back I think, and I loved the Mark Haddon but haven't read Three Cups of Tea - sounds interesting..... X