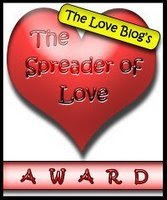 I’m very chuffed to be awarded this from both Laurie and the Rotten Correspondent. Many thanks to you both. I won’t nominate others, but you know you deserve it – please take it and display it proudly!

On Sunday morning we walked Mollie down at Steamer Quay, by the river in Totnes.
The tide was up the highest we’ve ever seen it; nearly bursting its banks, and up and down the river the Dart rowing team were out practising in their skiffs. Tiny female coxes roared instructions at the eight men puffing and blowing as they pulled their oars in and out of the water with varying amounts of skill.

We met a lady with three dogs of indeterminate origin, one called Buster. A collie cross with milky blue eyes – he had trouble seeing.

We stopped and chatted, as you do with other dog lovers, and she told us that she was fostering Buster.

“His owners couldn’t cope and wanted him put down,” she said.

I caught my breath, horrified that someone could think of doing such a thing and she saw my anguish, nodded in agreement.

“Someone took him to the Animals in Distress rescue home in Ipplepen and I said I’d foster him.” She pointed to Buster trying to chase Mollie, unsuccessfully. “He enjoys life - apart from his awful arthritis,” she said. “It was so bad when he was in kennels that they had to lift him up each morning. But now he’s with me I’ve got the heating on at night and he’s much better.” She groaned. “I dread to think what my heating bill will be like!”

We stayed and chatted for a while longer before walking on, and she took her brood off in the opposite direction.

I won’t forget her – thank God there are people like her around.
Posted by Flowerpot at 09:57

Congrats on the award honey!

It's lucky there are people around like that saint of a woman - how can people do that to their pets?:(

Ak - I know, heartbreaking isnt it?

Thank god there are people like her. Dog fostering must be such a hard job.

lane - I agree. I couldn't do it - I'd be in floods of tears all the time, but I really admire people who do.

Wow. That made me all teary. What a wonderful woman.

Congrats on your award!

RC - yes I was all teary when we met her. Wept for the rest of the walk...

What a lovely, kind hearted woman. I'm so glad the dog has a nice home now.

Actually, you've given me an idea for a blog entry...

What a great award and reward for Valentine's Day.And I love hearing heart warming stories like these.

I'll second that - there are some wonderful people around....

Bless that lady for taking that dog.
Congrats on the award!

Congratulations on the award,but I think you really should officially hand it out to some people and not just leave it up for grabs. It is too special for that.

There's a little something for you on my blog too!

Aw, it's a good job there are people like that around. I can't believe the number of people who can't be bothered to look after their aging pets and would rather have them put down. It's awful. And we're supposed to be a nation of animal lovers?!

MissU - looking forward to your entry then!

ellee - warms the heart, doesnt it?

Graham - there certainly are. Look at you and Graham and Tilly - both dogs given a great and loving home.

little wing - thanks for that!

sweet irene - well, I think all of you readers deserve it!

aoj - thanks, I'll nip over and have a look.

RT - I think there is a strict divide, and sometimes people have strange priorities when it comes to animals...