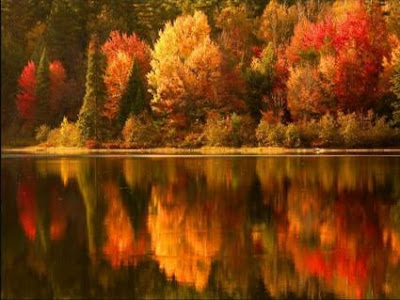 The above image comes courtesy of Ruth and is an uplifting one which I need today. An ill wind has been blowing over Flowerpot House recently and I shall be glad when it passes.

I have been tagged by maggie to list six random things, and as I did this not long ago so here is a mostly animal version:-

My first cat, Minnie, was a wonderful tortoiseshell who we met when visiting a friend’s farm. This kitten had been abandoned by her mum and was driving everyone crazy, winding herself round everyone’s ankles. She was brought up by a labrador and a goat so she had some peculiar characteristics including sitting in the stream purring.

My next cat, Cyd (named after Cyd Charisse, because she had lovely legs), belonged by my mate Sandra initially. She decided to go to Australia when Cyd was 8 and no one else would look after her until I stepped in. Having said she would be away for 6 months, Sandra actually went for 18 monthsw, and by the time she came back, Cyd was Not Amused. Sandra came over to discuss parenting rights and Cyd bit her. After that she stayed with me and we moved – oh I don’t know how many times. She fell in love with Himself (thankfully) and lived until she was 19.

We had a miserable six days after poor Cyd had to be put down, then the receptionist at work said she’d found two kittens who’d been abandoned over Christmas. They were at the vet’s in Tuckingmill and did I want one of them? Did I hell. We took our lunch hour at 10am and drove over to get them, left them with Himself at the workshop (thereby ensuring no work was done) and by the time I came home from work, Bussie had the run of the place.

Mollie came about as a cure for depression. It worked – at the time. There are hiccups of course, like the one we are struggling through at the moment, but that’s life. Mollie is a joy and keeps me sane. And Bussie? well, he's still Top Cat.

I’d actually like lots of cats and dogs, but living in a one bedroom flat with only a small yard means it’s not practical. Anyway I think Bussie might leave home.

All my cats have lived until they were at least 18. I hope Bussie does the same.

As a last item, which has nothing to do with animals, I hear that the great and talented Beryl Cook died yesterday. The world will be a poorer place without her paintings. I wish I’d met her – I bet she was such fun.

All your animals have lived such long lives! Our last dog made it to 14 but was very ill.

If I had more space, I'd have loads more too:-)

Lane - 14's a good age for a dog - I hope your two now live for a good long time. Wouldn't it be wonderful to have lots and lots of them?!

We've only ever had one dog who was 17 when we had to have him put to sleep because he was so ill. We've never replaced him, I couldn't face losing another. :(

Ak - I see it from the other perspective. I couldnt bear to be without a dog now!

I wish I could have lots of animals too, ducks included.

I hope the sun shines ovr your rooftop soon, FP.

MissU - yes I saw a whole load of ducks flying over earlier this morning - they are such quaint birds, built for land not air! Thanks for your wishes.

That was a lovely animal tag. Was really interested to hear how you got the cats.
Your header is lovely!
Beryl Cook...... yes, it was a great pity. I believe she took up art in later life & once she started painting she just went on & on & on.
Hope for us all yet! If not art, maybe writing!

Maggie - yes she didnt start painting until she was middle aged. Good for her!